At 109, Ludhiana sees most black fungus cases : The Tribune India 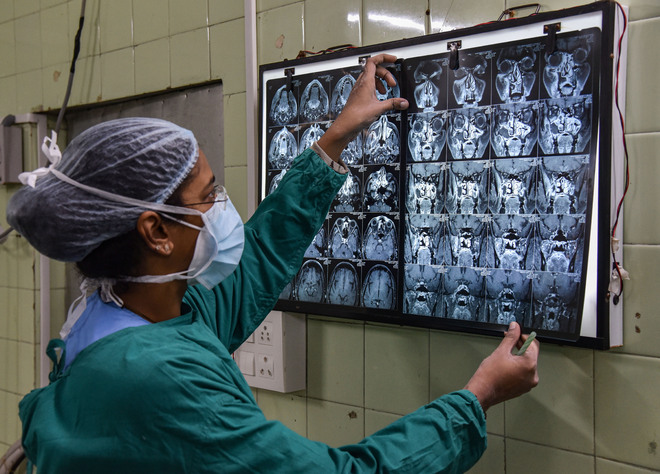 In district-wise breakup, Ludhiana topped the chart with 109 cases, followed by Amritsar (64), Bathinda and Jalandhar (54 each), and Muktsar (34). Out of these cases, 317 cases are still under treatment and 236 have cured fully. The deadly fungus has killed 51 persons in the state.

Going by the official data of the health department, the state has reported 300 cases of black fungus in the last two months. According to state health officials, with decline in Covid wave, the number of black fungus cases is also declining. “On an average, the state gets two new cases every day,” said Dr Rajesh Bhaskar, state’s nodal officer for Covid.

In May, the state had notified black fungus under the Epidemic Disease Act, which made it mandatory for all hospitals to report the suspected and confirmed cases.

Out of patients who died, 88 per cent had contracted Covid, 86 per cent had history of steroid intake and 80 per cent were diabetic. Experts had revealed that diabetes was a major risk factor for patients getting infected with black fungus. In Punjab, 87 per cent cases of mucormycosis had diabetes. 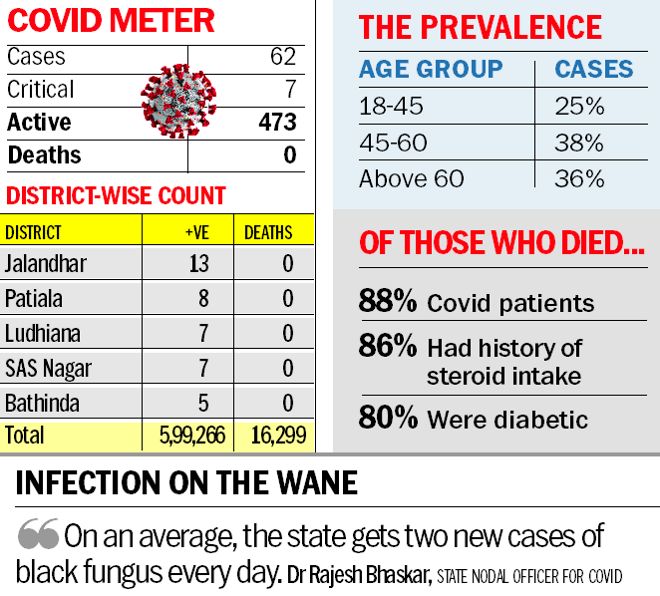