City sees 45% decline in cases in a week 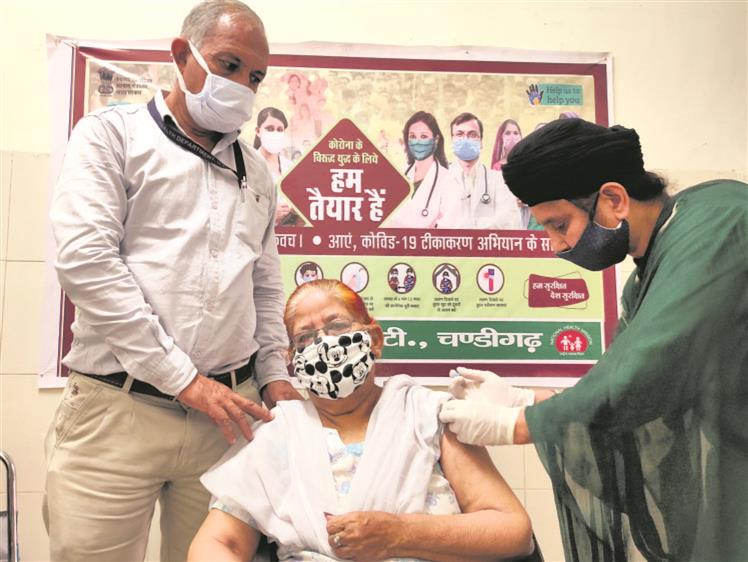 In the past seven days, the city logged 785 cases, which is a decline of 45 per cent as compared to a week before. As many as 1,433 cases were reported in the week ending May 31. The test positivity rate on Monday stood at 2.8 per cent, while for the week it was 3.9 per cent. The number of new infections grew by an average 0.2 per cent a day.

Chandigarh: The city reported two deaths and 48 new cases of Covid-19 on Monday. The active cases now stand at 740 and the toll at 774. As many as 139 patients recovered from the virus in the past 24 hours. TNS

There has also been a dip in the number of tests conducted this week. A total of 19,645 tests were conducted last week whereas the testing figure was 20,812 for the week ending May 31. 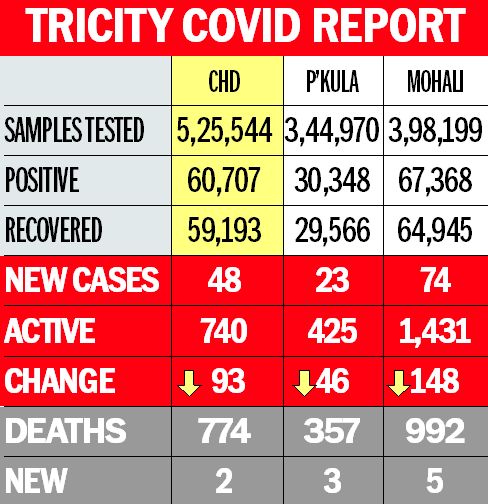 For every 100 confirmed cases, 97 have recovered from the virus and one is currently infected. Dr Amandeep Kang, Director, Health Services, UT, said, “The Covid load at hospitals has decreased along with the cases but people need to adhere to the norms while going out. The government cannot impose restrictions all the time. It is our duty to act responsibly so that there is no surge in infections again.”