Covid cases swell to 2,170 in Ludhiana 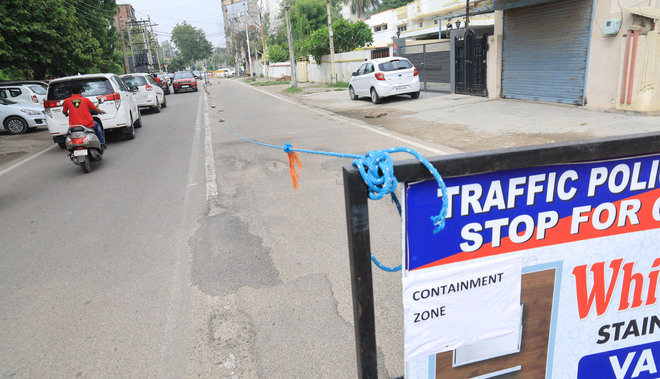 Ludhiana district saw the highest single-day spike with 120 testing positive for Covid today. On March 24, the district reported its first case. In four months, the number has swollen to 2,170 with 697 active cases.

As many as 18,893 persons have been sent to home quarantine and their number at present is 3,152. Today, 345 persons were asked to home-quarantine themselves.

Of 34 persons tested on July 20 at the Civil Hospital, Khanna, the reports of a 24-year-old woman from Gaushala Road, Ludhiana, and a 25-year-old resident of Manak Majra village have come positive.

A healthcare worker from Issa Nagri and a frontline worker from New Vijay Nagar in Haibowal were also found infected.

The Civil Surgeon, Dr Rajesh Kumar Bagga, said: “Under the statewide Covid-19 awareness campaign, Mission Fateh, only Ludhiana district has taken such initiative to deploy IEC vans fitted with public address system (PAS) so that teams can move through narrow streets of the city and make every person of the district, especially those living in slums and migrants, aware of the pandemic.”

Today, mass media teams visited shopping complexes and malls where they sensetised shopkeepers, customers and the staff to the Covid guidelines. “Looking at the graph of Covid cases, it becomes essential to disseminate the message of basic preventive measures so that people can keep themselves, their families and society at large safe from the virus,” said Rajinder Singh, from mass media wing.