Vaccination of 50-plus people from March, Centre writes to states

'Gear all govt facilities to offer COVID vaccines from March 1' 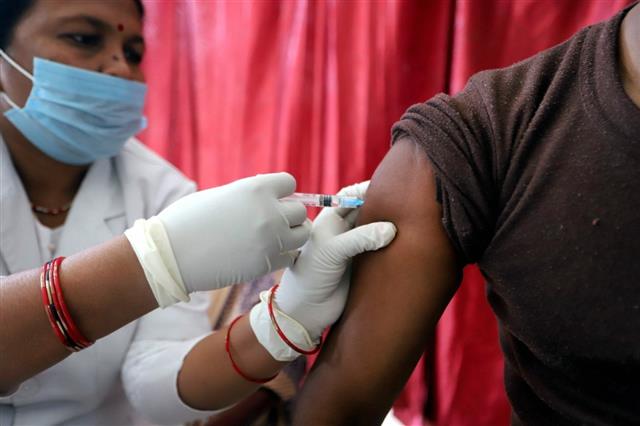 Union health Secretary Rajesh Bhushan on Sunday wrote to all states asking them to significantly enhance the pace of COVID-19 vaccinations as several health and frontline workers were yet to be covered.

“The pace of vaccination needs to be accelerated exponentially to cover all identified beneficiaries in a minimum possible time,” he said.

The secretary also said that the operational strategy for initiating the vaccination of the next priority group--the elderly population and people with comorbidities--to be taken up in March is being finalised.

The centre, in the letter to states, said all public health facilities from government district hospitals down to community and sub-centres should be prepared to offer COVID vaccines from March 1.

The number of days for vaccinations must also be increased to a minimum of four days at the earliest to speed up the process of vaccination and prepare the system to inoculate elders, Bhushan told states.

The Centre also said the pricing of the vaccines for the next target group was being worked out and much of the issue of pricing would depend on the ability of states to absorb costs.

Opinion: Despite dip in Covid death rate, no room for laxity

The vaccines may be on charge for the 50 plus group even if nominally priced.

The PM had earlier said the Centre would bear the cost of jabs for the first three crore priority groups — one crore health workers and two crore frontline workers.

The 50-plus people consist of 27 crore individuals. The Centre has told states that the Co-WIN application has been updated to enable self-registration by the elderly and the process would commence soon.

Meanwhile, India has covered only around 60 per cent of the eligible health and frontline workers in the COVID inoculation drive with the centre repeatedly nudging states to buck up.

Punjab, Chandigarh and Ladakh are among the states with less than 40 per cent coverage of the three crore priority group.