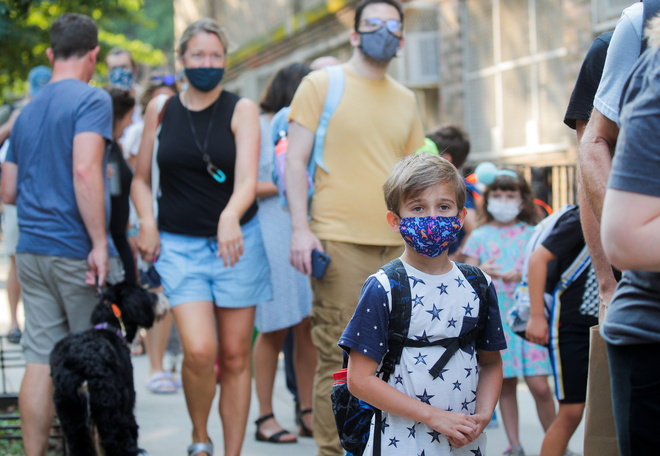 Amid surging Delta variant cases in the US, Covid vaccines for children younger than 12 years could be available by the end of next month, a media report has said.

The NYT report quoted Dr Scott Gottlieb, a former commissioner of the Food and Drug Administration who also sits on the board of Pfizer, as saying that getting the green light for younger children would require careful and expeditious review of the clinical data.

Gottlieb said on the CBS show “Face the Nation” that “in a best-case scenario,” the Pfizer vaccine could be ready by October 31 for younger children.

“I have confidence in Pfizer in terms of the data that they’ve collected,” Gottlieb said. Dr James Versalovic, the interim pediatrician in chief at Texas Children’s Hospital, said he agreed with Gottlieb on the possibility of the vaccine for younger children getting approval by October.

“We’re doing everything we can now to move these trials ahead,” he was quoted as saying in the NYT report. — PTI