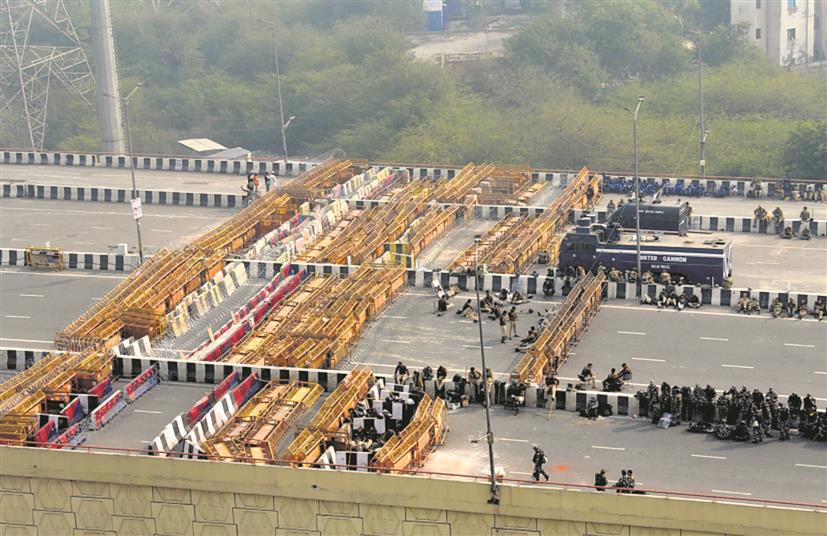 More than 10 layers of barricading, including barbed wires, spikes and cemented blocks, have been put in place on a 100-metre stretch at the Tikri border in view of the farmers’ protest. Several companies of paramilitary forces and Delhi Police personnel have also been deployed there.

Similar arrangements are in place at other protest sites along the Delhi border. The move comes in view of the ongoing Budget session violence, an official said.The unprecedented security measures have attracted sharp reactions from protesting farmers.

“We are neither terrorists nor infiltrators. The protest is being carried out peacefully and we have no plan yet to storm Delhi, but all these arrangements will prove insufficient when it comes to farmers’ strength,” said Ramanpreet Singh, a farmer from Punjab.

Taking to Twitter, the Delhi Traffic Police have alerted commuters about the closure of borders and suggested alternative routes for travel.

Meanwhile, the number of protesters has gone up at various protest sites along the Delhi border.