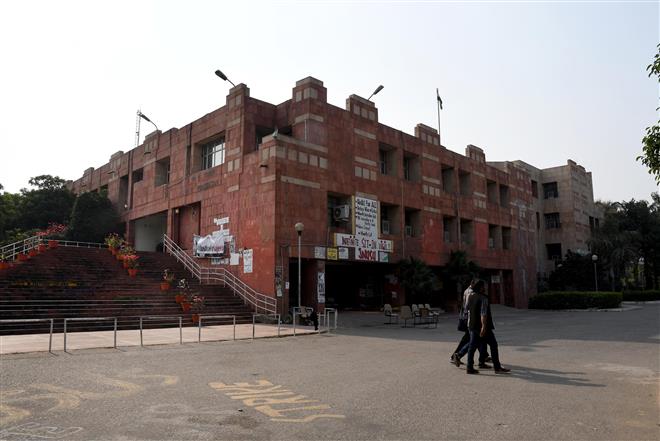 A 27-year-old man was arrested on Sunday for allegedly molesting a PhD student of Jawaharlal Nehru University inside the campus, police said.

The accused was drunk at the time of incident and has been identified as Akshay Dolai, they said.

A native of West Bengal, Dolai lived with his wife and children in south Delhi’s Munirka and worked at a mobile repairing shop at Bikaji Cama Place.

The accused was identified and caught after the footage from more than a thousand CCTV cameras in and around the JNU campus was analysed, police said, adding Dolai was arrested while he was entering his rented house.

According to police, a PCR call regarding a female student being molested inside JNU was received at the Vasant Kunj North Police Station at around 12.45 am on January 12.

“It was revealed that at around 11.45 pm on Monday, a PhD student was taking a stroll in the campus. When she was walking on east gate road of the university, a man came on a white scooter inside the campus and tried to molest her,” Sharma said.

The girl raised an alarm and the accused ran away. A case of outraging the modesty of a woman has been registered at Vasant Kunj North Police Station and efforts are on to nab the accused, the DCP said.