Aamir's look has impressed his fans 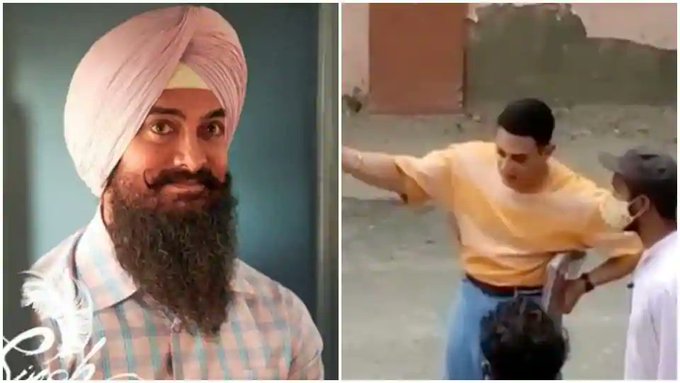 Superstar Aamir Khan is currently shooting for his film "Laal Singh Chaddha" in Delhi, and pictures and videos from the set are doing the rounds on the internet.

In the viral images and clips, Aamir is seen talking to his crew during an outdoor stint. He wears seen a bright orange T-shirt and a pair of blue jeans.

Aamir's look has impressed his fans.

"He looks so young," a user commented, seeing the pcitues and videos.