Along with its post on the microblogging site, AAP also shares old controversial video clips of PM 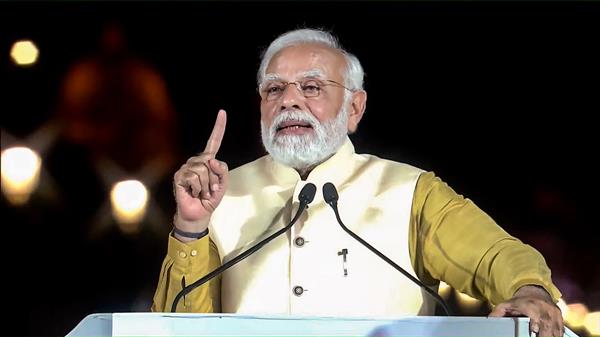 The Aam Aadmi Party on Saturday took a potshot at Prime Minister Narendra Modi on his birthday, calling him “innovator-in-chief, technology geek and scientist par excellence” while wishing him a “happy birthday”.

“Happy Birthday to the innovator-in-chief, technology geek, scientist par excellence, the one and only - Modi ji,” the Aam Aadmi Party (AAP) tweeted from its official handle.

Along with its post on the microblogging site, the party also shared old controversial video clips of the prime minister, including the one in which he told a news channel that he had used a digital camera to take a picture for the first time in 1987 or 88 and transmitted it to Delhi at a time when very few people had e-mail.

While there was no immediate reaction from the BJP to the AAP’s post, several Twitterati reacted sharply to the wishes.

“AAPIANS should be ashamed of their sarcasm on the auspicious day,” S Bhardwaj, a Twitter user, said.

Over 3,800 Twitter users had liked the AAP’s post till the time this report was filed, the number of retweets stood at 1,200 and quoted tweets 135.