Earlier this month, the Arvind Kejriwal government had claimed that the scheme was rejected by the L-G 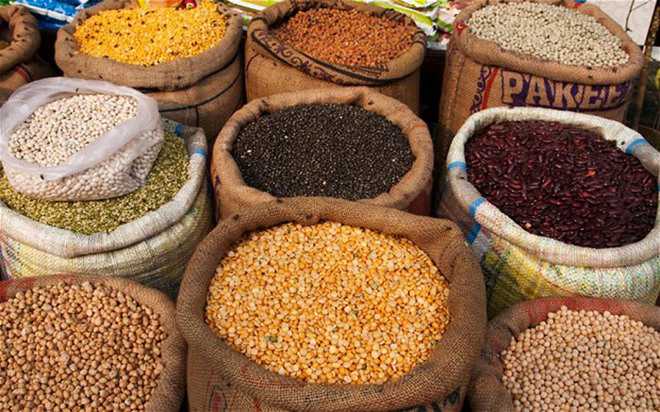 The AAP government has sent a file on doorstep delivery of ration to Lt Governor Anil Baijal, making a fresh bid to get his approval for the scheme, according to a statement from the Delhi Chief Minister’s Office on Thursday.

Earlier this month, the Arvind Kejriwal government had claimed that the scheme was rejected by the L-G contending that the Centre’s approval was not sought for it and there was a pending case in the court.

Chief Minister Arvind Kejriwal has again sent the file to the L-G and said that it was according to the law and the objections raised by the Centre earlier have been addressed, the statement said.

Kejriwal has stressed that the Centre’s directions have been followed and claimed that it was wrong to “stop” the scheme during the coronavirus pandemic, it said.

“The chief minister has said that he studied the note of the Lieutenant Governor in which there appears to be a serious misunderstanding. The immediate matter before the LG is not the approval of the doorstep delivery scheme of ration. This plan has already been finalised,” the statement said.

Kejriwal has maintained that the L-G’s contention that the matter is sent to the Central government does not seem right, according to the statement from the CMO.

“The approval of the Central government is neither mandatory nor necessary. The Delhi government has only implemented the orders of the Centre and has been, from time to time, informing and seeking its assistance about the implementation of the scheme through several letters,” it said.

After receiving the L-G’s opinion, the Delhi government wrote to the Centre on June 15, informing that it has cleared all their objections by way of a Cabinet decision on March 24.

“The Kejriwal government plans to implement an order by the Central government on February 1, 2018, in which all states and UT governments have been directed to ensure home delivery of ration to senior citizens, differently-abled, and pregnant women,” the CMO statement said.

It said that in accordance to the instructions of the Centre, arrangements are being made for home delivery of ration and stressed that fair price shops will continue to exist.

“However, the Delhi government has gone a step ahead and implemented a doorstep delivery scheme for all its citizens benefitting pregnant women, disabled citizens, and senior citizens as well. Under this scheme, every citizen will be given an option whereby they can take ration either through FPS or home delivery,” the statement said.

“The LG was informed about the Delhi Cabinet’s decision on doorstep delivery of ration four times in the last three years and he never opposed it. In February, a notification to implement this scheme was issued and even then, the L-G did not oppose it,” it said.

The CMO statement stressed that the doorstep delivery scheme is completely under the purview of the National Food Security Act (NFSA) and there should not be any concern regarding its implementation.

“Under Section 24(2)(b) of the NFSA, it is the responsibility of state governments to ensure proper distribution of ration. They are also empowered under section 12(1) to reform the Targeted Public Distribution System, including the introduction of new schemes to ensure that ration reaches eligible beneficiaries properly,” it pointed out.

Odisha and Andhra Pradesh have already modelled doorstep delivery, while home delivery of ration has been started in Haryana’s Faridabad. Also, flour is being distributed in Ambala and Karnal, the statement added. PTI