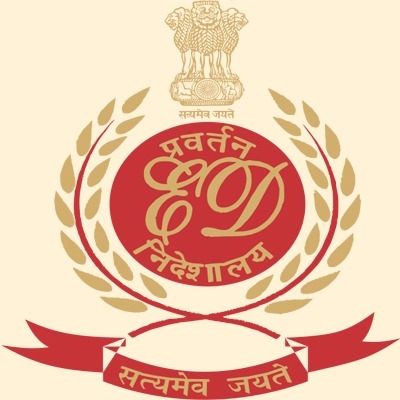 Photo for representational purpose only. Twitter-@dir_ed

Aam Aadmi Party (AAP) in-charge of MCD polls Durgesh Pathak on Monday appeared before the ED in connection with its probe into the now-scrapped excise policy of the Kejriwal government.

Official sources said Pathak appeared before the ED for questioning in connection with the money laundering case linked to alleged irregularities in the Delhi excise policy case.

“It is understood that he will be questioned about his role in this case and his purported links with Vijay Nair, former CEO of an entertainment and event management company and an accused in the case,” they said.

The elections of the Municipal Corporation of Delhi (MCD) are likely to be held by the end of the year after completion of delimitation of 270 wards.

The ED had last week conducted raids at 40 locations across the country in connection with the Excise Policy 2021-22 of the Kejriwal government.

The CBI has filed an FIR in connection with alleged irregularities in the policy and named Sisodia as an accused.

The Kejriwal government withdrew the policy in July after the CBI probe was recommended by LG VK Saxena into the alleged irregularities in implementation of the policy.