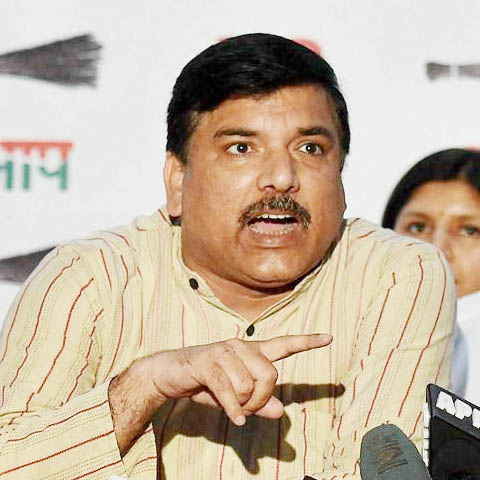 AAP leader Sanjay Singh is scheduled to appear before the Uttar Pradesh Police on Sunday in connection with a sedition case filed against the Rajya Sabha member, a party spokesman said.

The Uttar Pradesh Police had lodged an FIR against the AAP leader under various sections of the IPC on September 2 at the Hazratganj police station here for undertaking a survey, a senior state government official had said.

A sedition charge under 124 (A) was also included in the notice sent to Singh by the Lucknow Police on Thursday, sources said.

“Sanjay Singh will appear before the Hazratganj Police on Sunday morning in connection with the case and give arrest,” state spokesman of the Aam Aadmi Party Vaibhav Maheshwari said here on Saturday.

The notice, sent to Singh on his New Delhi address, besides other charges mentions charges under IPC 124 A, 153 A (promoting enmity between classes), and 153 B (imputations, assertions prejudicial to national integration).

“The charges against you are serious and non-bailable. You are requested to reach on September 20 at 11 am for presenting facts and evidence. If you fail to remain present, action will be taken against you,” the notice, sent by Investigation Officer (IO) at Hazratganj police station AK Singh, read.

Besides Singh, the company which conducted the survey has also been slapped with sedition and other charges, the IO said.

On Friday, Singh had said that a case of sedition was filed against him in Uttar Pradesh after he exposed in Parliament the alleged corruption and scams taking place under the Yogi Adityanath government.

“I know I will be sent to jail soon because I exposed the Yogi government. Why, just because I raised the issue of killings and scams in UP,” he had said.PTI