Aerial objects like drones banned in Delhi till August 16

Doing so shall be punishable under Section 188 of the Indian Penal Code, the order stated 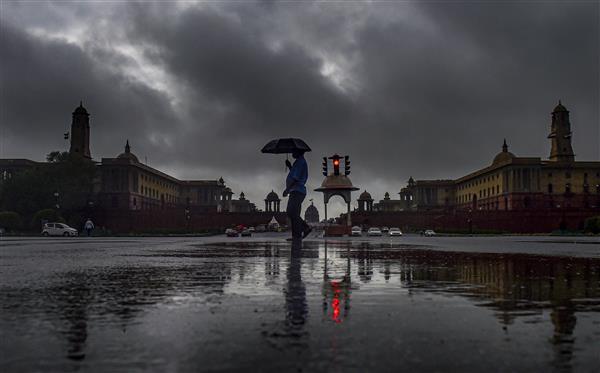 A man holding an umbrella walks past Vijay Chowk during rain in New Delhi. PTI

The order shall remain in force in the national capital for a period of 32 days from Friday till August 16 for security reasons, officials said.

According to Delhi police, it has been reported that certain criminals, anti-social elements or terrorists inimical to India may pose a threat to the safety of the general public, dignitaries and vital installations by using “sub-conventional aerial platforms” like paragliders, Unmanned Aerial Vehicles (UAVs) or drones, remotely piloted aircraft, hot air balloons, quadcopters or para-jumping from aircraft etc.

Therefore, the police chief has prohibited the flying of such aerial platforms over Delhi on the occasion of Independence Day celebrations.

Doing so shall be punishable under Section 188 of the Indian Penal Code, the order stated.

On January 29, a minor IED blast took place outside the Embassy of Israel in the heart of Lutyen’s Delhi. There were no casualties.

Some cars were damaged in the explosion that occurred about 150 metres away from the embassy on the Dr APJ Abdul Kalam Road.