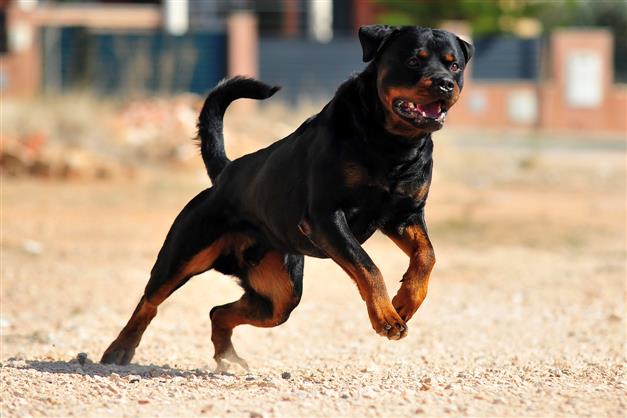 The Indian Army has banned ferocious pet dogs in the community living areas inside the Delhi cantonment after a brutal dog attack incident came to light.

The force has stated that Rottweiler, Pit Bull, American Bull Dog, Bull Mastiff and German Shepherd will not be permitted as pets in the community living areas in Delhi cantonment.

In a circular issued by Station Headquarters, Delhi area cited a ferocious attack by an officer’s dog on another officer’s son the reason behind banning five breeds of dog in the living area.

It states, “On December 29, 2021, the five-year-old son of an army officer staying in Pratap Chowk, was attacked by a dog (Rottweiler breed) of another serving officer staying in the same locality. The attack was so ferocious and brutal that the face and head of his son were injured badly with serious lacerations of 6-7 cm wide.”

It further stated that certain breeds of ferocious dogs are recommended not to be permitted in community living areas while in Bungalows and Independent houses, discretion may be allowed with a dog warning on gate ensuring that the pet does not move out of walled premises. The breeds that will not be permitted inside the community living areas are: Rottweiler, Pit Bull, American Bull Dog, Bull Mastiff and German Shepherd.

The Station Headquarters, Delhi area issued a stern warning that the military buddy should not be undertaken by military buddies.

It states: “Recently it has been learnt that while the dog bite incident took place, the handler for the dog was not the owner (Officer) but the military buddy. Naturally the command exercised by the owner will be more effective as compared to that of the military buddy. Various advisories at many stations are being promulgated that certain menial jobs should not be undertaken by military buddies.” The circular warns that utilising manpower for the aforesaid job by the officer “is a direct violation of such advisories”.

It further pointed out that if a violation is found in the matter, then the Corps of Military Police report is to be generated and if found guilty, the pet dog is recommended to be moved out of the military area.

The circular also states that the pet dogs should be vaccinated and the severity/ferocity of the pet must be assessed by an RVC representative. The pet dogs must be properly leashed while moving outdoors.

Sources said these directions were issued for Delhi cantonment area and eventually be taken up at other living zones in 62 cantonment Boards across the country. IANS