Nair is arrested as he was overseeing the Gujarat campaign, alleges the Delhi CM 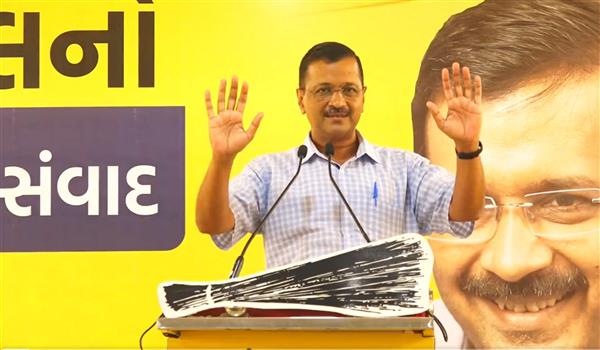 Delhi Chief Minister and AAP national convener Arvind Kejriwal on Wednesday hit out at the Union government for the arrest of his party activist Vijay Nair by the CBI, allegedly in the Delhi liquor policy scam.

"In order to derail the Aam Aadmi Party, Satyendar Jain, Amanatullah Khan and Vijay Nair were arrested in frivolous cases; they are gearing up to arrest Manish Sisodia next week," Kejriwal said.

He said the AAP's landslide victories in Delhi and Punjab created a sense of fear amongst the BJP, and added that they are aware that the AAP is bound to win in Gujarat as well.

Kejriwal defended Nair by describing him as an ordinary volunteer who handles AAP's communication work, and added that Nair did a "fabulous job during Punjab election".

He further alleged that Nair was officially overseeing the Gujarat campaign, which is why he has been arrested.

Kejriwal alleged that Nair was being threatened for several days to take Delhi Deputy Chief Minister Manish Sisodia’s name during the investigation.