Besides, the officials said, 91 crows have been found dead in 14 DDA parks in the last few days 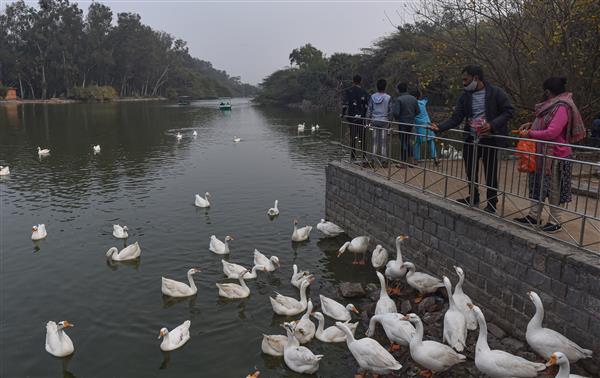 Amid a bird flu scare in different parts of the country, 17 more ducks were found dead at Sanjay Lake here on Sunday, prompting authorities to declare it an “alert zone”, officials said.

This comes a day after the Delhi Development Authority (DDA) closed the famous water body-cum-park following the death of 10 ducks on the premises. The samples from the dead ducks have been sent for testing to ascertain whether bird flu was the cause of death.

Besides, the officials said, 91 crows have been found dead in 14 DDA parks in the last few days.

“Deaths of 17 more ducks were reported today at Sanjay Lake. A total of 27 ducks have died now. The park has been declared an alert zone by the rapid response team as per the directions of the animal husbandry department of the Delhi government,” a senior DDA official said.

“The rapid response team had visited the lake site on January 9 and 10, and samples were collected for suitable action. Meanwhile... requisite preventive measures are being taken,” he said.

Reports of the samples are awaited, he added.

At least 24 crows have been found dead at a district park in south Delhi’s Jasola over the past few days, according to officials.

The 14 parks where crows have died include Golden Jubilee Park, District Park, Vijay Mandal at Begumpur, and Central Nursery in Dwarka Sector 5, he said.

The DDA owns about 800 parks including Coronation Park in Burari, Japanese Park in Rohini and various biodiversity parks. — PTI