Delhi Chief Minister Arvind Kejriwal will arrive in Goa, where Assembly polls are due in February next year, on September 20 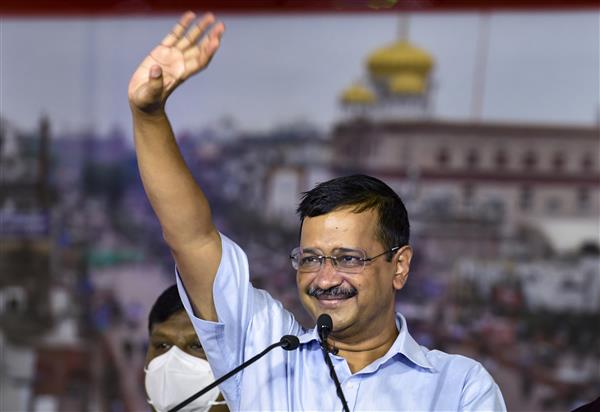 The fear of the Arvind Kejriwal “model” prompted Congress and BJP to replace their chief ministers in some states, where Assembly elections are due early next year, an Aam Aadmi Party (AAP) functionary said here on Sunday.

The comments of Goa AAP convener Rahul Mhambre came against the backdrop of the BJP replacing its chief minister Vijay Rupani in Gujarat last week and Congress appointing Charanjit Singh Channi as the new CM of Punjab on Sunday after incumbent Amarinder Singh resigned a day before following a bitter power tussle.

He said AAP national convener and Delhi Chief Minister Arvind Kejriwal will arrive in Goa, where Assembly polls are due in February next year, on September 20.

“BJP and Congress replaced their chief ministers in some states due to the fear of the Kejriwal model,” Mhambre said.

Kejriwal had announced that the AAP will provide up to 300 units of free electricity if voted to power in Goa during his earlier visit. He had also assured 24x7 uninterrupted electricity supply, Mhambre said.