Deblina Chatterjee, Akhilendra Mishra, Asrani, Manoj Tiwari among those participating in the Ramlila 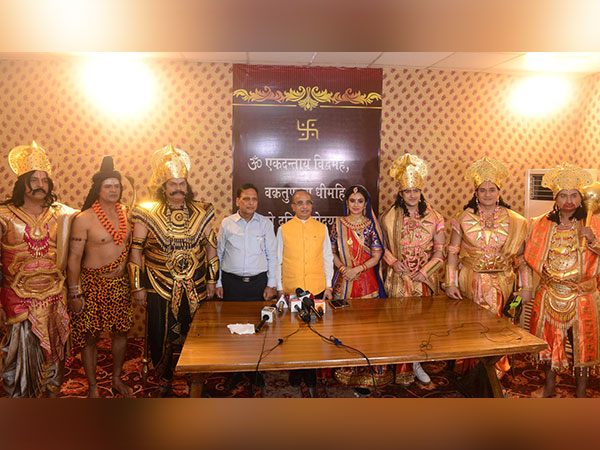 Famous Bollywood celebrities on Sunday performed full costume rehearsals in front of the media and some special guests for the world-famous Lav Kush Ramlila.

The most famous and world’s biggest Ramlila is all set to begin on September 26 at the Red Fort, New Delhi.

Like every year, the Lav Kush Ramlila committee will be hosting hundreds and thousands of people during the exuberant festivities of Dussehra in Delhi.

Arjun Kumar, President of Lav Kush Ramlila Committee, said this year, under the supervision of famous Bollywood action director Manoj, they have prepared amazing and miraculous scenes and some power-packed and horrifying action sequences for the audience.

More than 27 Bollywood celebs arrived in Delhi to perform at the Lav Kush Ramlila after practising their characters for over a month.

This year, 'Lagaan' actor Akhilendra Mishra will be seen portraying the role of Ravan at the Lav Kush Ramlila.

Talking about the festival calendar this year, the 10-day-long Dussehra festivities will begin on September 26 and will culminate on October 5.

Every year, Dussehra is celebrated to commemorate the triumph of good over evil as Lord Ram killed Ravana on this day.

In some regions, the celebration--also known as Vijayadashami--celebrates Goddess Durga's triumph over the buffalo demon Mahishasura.

Dussehra is observed on the day Dashami Tithi (tenth date) of the Shukla Paksha (bright fortnight) of the Ashwin month falls during the Aparahan Kaal.