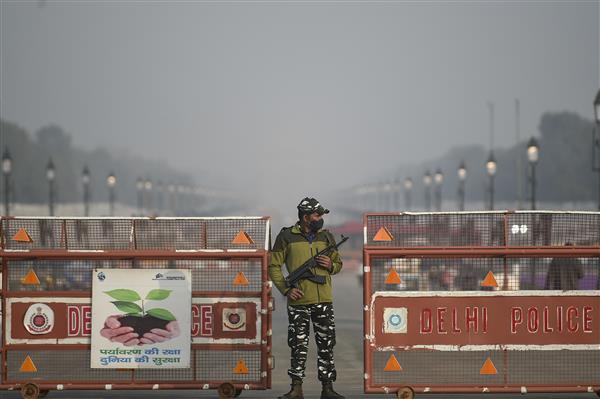 A Border Security Force personnel during a rehearsal for the Beating Retreat ceremony, at Vijay Chowk, in New Delhi. PTI

A bomb threat call was reported from the CRPF headquarters in Delhi on Wednesday evening which was later declared a hoax, officials said.

They said the call was made to the fire authorities around 6:30 pm about a “suspect bomb like object” in the headquarters of the paramilitary force located inside the CGO complex on Lodhi Road in the national capital.

Two fire tenders and some Delhi Police teams were rushed to the spot but no bomb or lethal item has been found till now, they said.

Officials said the call has been declared a “hoax”.

The security apparatus in the national capital is on a high alert in view of the upcoming Republic Day celebrations on January 26.

This comes hours after two unattended bags created a bomb scare in East Delhi’s Trilokpuri, but officials said nothing suspicious was found in them except for a laptop and personal belongings. —