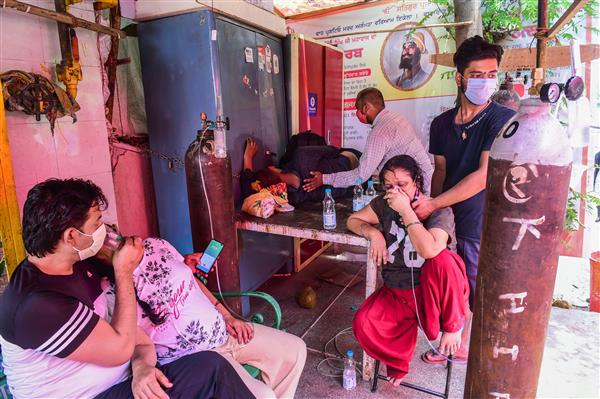 Taking exception to the Delhi Drug Controller prosecuting AAP leaders who arranged oxygen for Covid-19 patients when the Centre and Delhi government failed to arrange sufficient medical oxygen in the capital during the second wave of the pandemic, the Delhi High Court on Thursday said good Samaritans can’t be prosecuted.

“Go and book very gurudwara, every temple or church...prosecute every good Samaritan giving Oxygen,” a Bench led by Justice Vipin Sanghi told the Delhi Drug Controller which has launched a prosecution against MLAs who sourced oxygen cylinders during the second wave of Covid-19.

Don’t get into hyper technical interpretation of law to book people who helped patients with oxygen, it said expressing its displeasure with the drug controller for prosecuting MLAs for sourcing/supplying oxygen. “You can always withdraw the prosecution,” it told the Drug Controller which has prosecuted AAP MLA Praveen Kumar for procuring and distributing oxygen cylinders during the second wave of Covid-19.

However, the high court sought to distinguish it from the case of BJP MP Gautam Gambhir’s foundation which had procured, stocked and distributed huge quantity of fabiflu medicine to Covid-19 patients.

“The reason for picking Gambhir’s case was that he was very irresponsibly holding the Covid-19 medicines in huge quantities. He may have had the best of intentions but this is not allowed,” the Bench noted.

Asking the Drug Controller to clarify if he wanted to prosecute all those who procured or distributed medical oxygen for free to the needy COVID-19 patients, the court posted it for hearing on August 5.

The court’s comments came after it was informed that prosecution had been launched against Gautam Gambhir Foundation, and AAP MLA Imran Hussain Kumar for alleged violations under the Drugs and Cosmetics Act and a trial court had on July 28 taken cognisance of the issue and issued summonses to them for August 26.