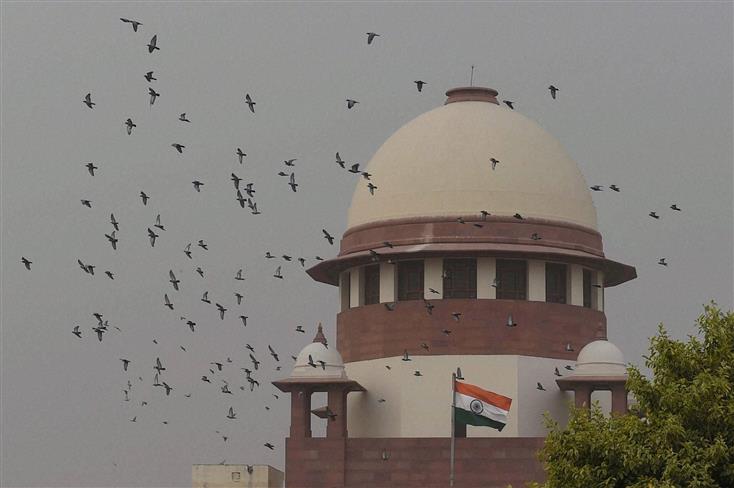 The Centre on Monday told the Supreme Court that the Delhi government’s claim that it has launched the ‘One Nation, One Ration Card’ (ONORC) scheme in the national capital was “misleading”, as it was launched only in one circle in Seemapuri area.

"The claim of GNCTD regarding launch of One Nation One Ration Card plan in NCT of Delhi is misleading, as they claim to have implemented it only in circle 63 Seemapuri,” the Centre told the top court in its written submission.

"Only a handful of transactions conducted in a single circle with about 42 ePoS (electronic point of sale) machines cannot be considered as the implementation of ONORC," it submitted.

In the absence of full implementation of ONORC, migrant workers won't be able to avail the benefit of their quota of subsidised food grains in Delhi under the National Food Security Act, it said.

"Further, unless the national portability transactions are rolled out formally in all the FPSs (fair price shops) of all circles of NCT Delhi, in which more than 2,000 ePoS machines have been supplied and waiting for the operation, it can’t be considered as the implementation of ONORC,” the Centre said.

The Supreme Court had on Friday asked the West Bengal Government to immediately implement the ONORC scheme to enable migrant workers to get ration at the place of their work in other states as well.

Solicitor General Tushar Mehta had told the court that West Bengal, Delhi, Chhattisgarh and Assam governments had not implemented the ONORC scheme.

The Centre maintained that ONORC enables migratory NFSA beneficiaries to access the public distribution system (PDS) and they can lift their entitled food grains from any ePoS enabled FPS in the country through portability.