Govt flays states for ‘having contributed’ to situation 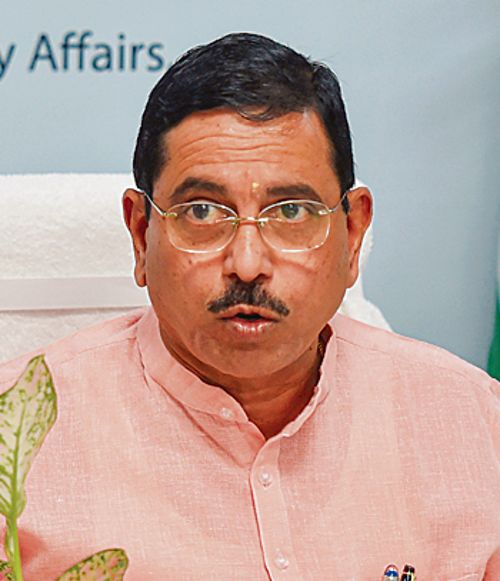 The government on Tuesday assured that the coal stocks at power plants had started rising and the situation would be normal in a month.

Speaking after a review meeting by the Prime Minister's Office (PMO), government sources attacked Opposition-ruled states that have been actively flagging the depleted coal stocks at power plants.

While states from Kerala to Rajasthan reported blackouts, the sources said the situation had worsened also because states were not mining enough and not picking up stocks from Coal India despite reminders.

On the job to raise supply

From October 20-21 or before that, coal supply to power plants will be ramped up to 20 lakh tonnes. —Pralhad Joshi, Coal Minister

Mentioning Delhi and Punjab, they said the shutting of main coal plants had also contributed to the situation.

Also, when world coal prices were low, states and companies were buying it from abroad. Now, when its prices are high, they are looking for domestic coal, they said while accusing states like West Bengal and Jharkhand of not mining enough and not picking up stocks from Coal India.

The main reasons, admitted the sources, were the prolonged monsoons and the sharp increase in foreign coal prices.

The Power Ministry, in a separate missive, asked states to refrain from profiteering. “Some states are imposing load shedding and at the same time selling power in the power exchange at high price. In case any state is found to be not serving their consumers and selling in the power exchanges at a higher rate, the unallocated power shall be withdrawn and allocated to other needy states,” it warned.

The PMO also asked the Coal Ministry to ramp up the supply of coal while the Railways will make available rakes for transportation.