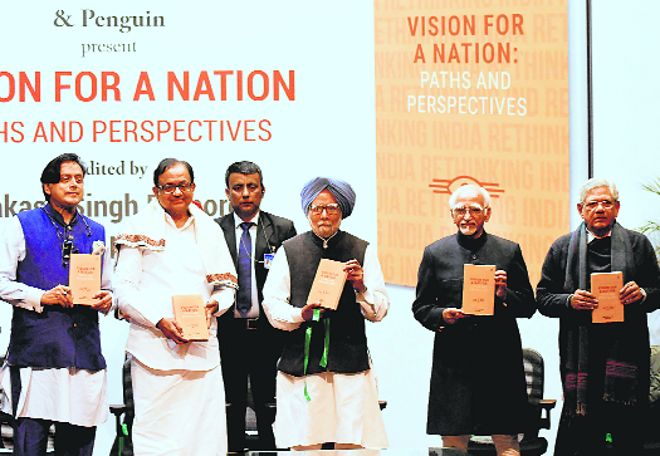 Former Union Finance Minister P Chidambaram today lauded the courage of protesters who have braved the harsh winter and water cannons against the Citizenship Amendment Act.

The moral courage of the protesters reminded him of Mahatma Gandhi’s civil disobedience movement, an idea, he said, whose time has come now, considering citizenship is no longer a theoretical concept but a political project behind which the State has put its might. Chidambaram was speaking at the book launch of the first of 14 volumes by Samruddha Bharat Foundation, “Rethinking India”, with over 140 contributors, in effort to shape popular discourse. The first volume has 10 contributors.

With former PM Manmohan Singh on the dias along with Vice President Hamid Ansari, former Union Minister Shahsi Tharoor and CPM general secretary Sitaram Yechury, Chidmabaram explained that the founding fathers of the Indian republic had built the idea of citizenship based on Constitution rather than based on language, race, religion, territory and culture.

“In these times, being anti-intellect is considered an achievement, mediocrity is the flavour of public discourse, the uninformed is a celebrity,” he said.