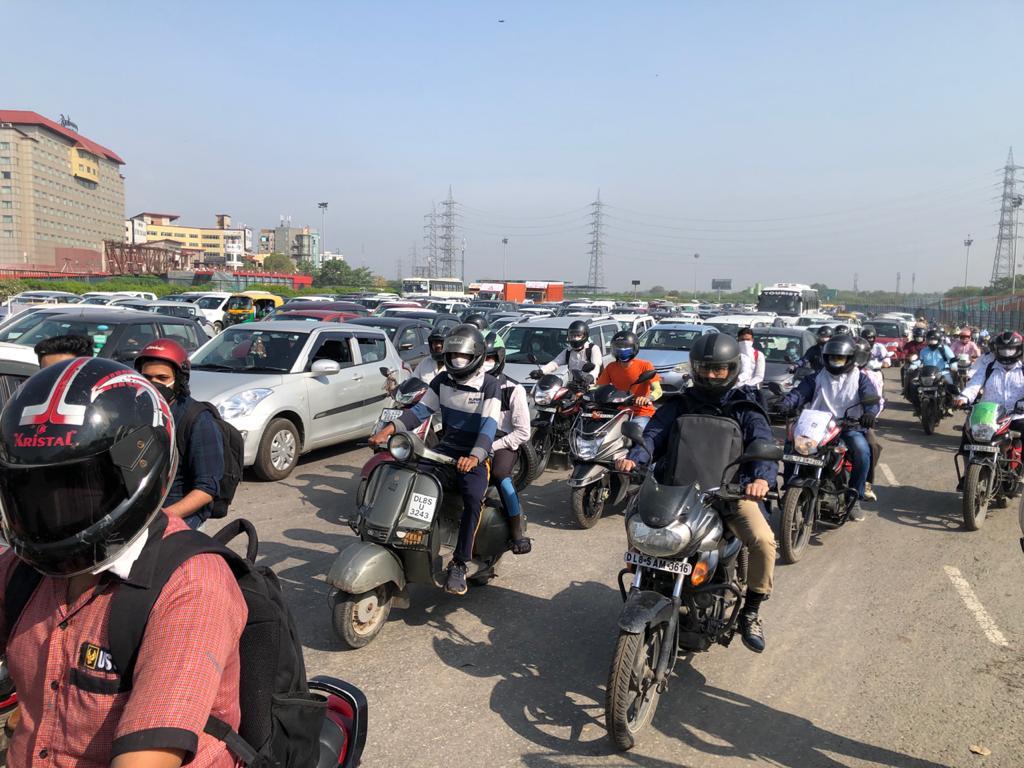 Vehicles pile up on the Delhi-Gurugram border on June 1, 2020. Tribune Photo

The day one of Unlock 1 was marked with utter confusion on the Delhi-Gurugram border with the police of both states confused over sealing or de-sealing of borders.

While following the MHA guidelines, Haryana Home Minister declared de-sealing of all state borders with Delhi, but still awaiting a written directive, the Gurugram police continued with restrictive entry after pass checking at all its borders.

The expressway was blocked as checking of passes was cumbersome on the flyover and vehicles were allowed to enter Delhi through commercial toll gates.

However, with the word spreading around about de-sealing of the borders, the police relaxed restrictions allowing free run. The commuters, however, were in for another shock as Delhi Chief Minister Arvind Kejriwal announced sealing of borders barring all but essential services.

Though with no written orders, the Delhi police posted on the Rajokri and the Kapasera borders barred entry and exit from the city for all except for essential services or pass holders, which lead to a major traffic congestion for about two hours.

However, since the police received no written orders about sealing till filing of report, they resorted to the MHA guidelines and allowed free run in evening.

The day-long drama and confusion left travellers a harried lot who took to social media voicing their concerns.

“When I left for office in the morning, I was stopped at Sarhaul for not having a pass. We showed the MHA orders but the Gurgaon police said they had no such orders. We managed to get here through MG road. Then in the office we got to know about sealing of Delhi borders. Scared, I applied for an urgent pass to get back home, but thankfully by 5.00 pm, there was free run. Commuters like me cannot be harassed every day. Please be clear about the borders,” said Parvesh Malik a consultant in ITO.

The local industry associations have also condemned the confusion saying the chaos at borders were taking toll at commerce in NCR.

A senior police official from Gurugram, on condition of anonymity said: “Confusion still persists. Neither the Delhi police nor we have any written orders from respective states. After maintaining a status quo as per the Lockdown 4.0 till evening, we are now following MHA orders of de-sealing. The Delhi police restrained borders for two hours but then it was free run for lack of orders.”