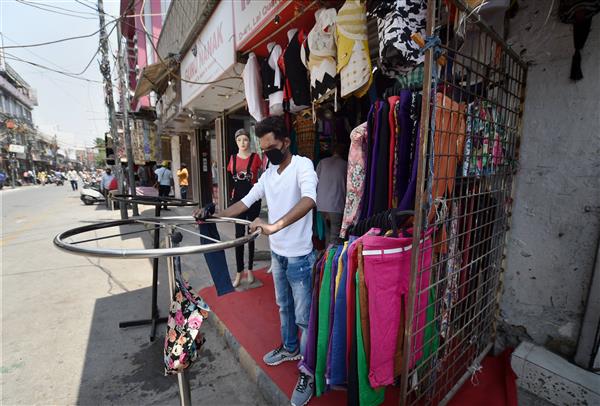 Leaders and workers of the Delhi Congress staged a protest in the Civil Lines area here on Thursday, demanding a complete reopening of the weekly markets in the city.

Some of the protesters, including Delhi Congress vice presidents Mudit Agarwal and Ali Mehndi, were detained by police as they tried to march towards Chief Minister Arvind Kejriwal’s residence, party leader Parvez Alam said, adding that they were taken to the Maurice Nagar police station.

Delhi Congress president Anil Kumar lashed out at the police for the “misbehaviour” of its personnel with Agarwal and Mehndi during the protest.

The weekly markets in the city have been allowed to open on a trial basis by the Delhi Disaster Management Authority (DDMA). These markets were closed since March after a nationwide lockdown was clamped in view of the COVID-19 situation. PTI