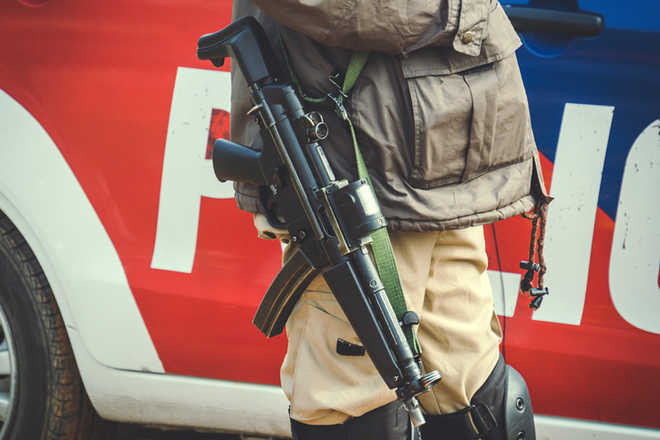 A court here granted bail to the son of a Delhi Police official on Saturday in a case of alleged impersonation of candidates in an examination conducted for recruitment of constables.

Chief Metropolitan Magistrate Dinesh Kumar granted bail to 21-year-old Kashish Kumar, son of Head Constable Vineet Kumar, on furnishing a bail bond of Rs 20,000 with one surety of like amount in the case.

The court on January 14 had granted bail to Vineet Kumar, saying he was a Delhi Police official and there was no chance of his absconding.

While granting bail to Kashish, the court said the investigating officer has submitted that custodial interrogation of the accused was not required now, and he was a young man with no previous criminal record.

"He (Kashish) is a young boy. There are no chances of his absconding. His presence can be secured by seeking a sound surety from him. Investigation qua him is already stated to be complete as his custody is not required by the IO (investigating officer)," the court said in its order.

It further said all the offences alleged to have been committed by the accused provides a maximum punishment of up to seven years, and he has already spent 20 days in custody.

"Considering the facts and circumstances of the case, nature of the offences for which the FIR has been registered, the age and social background of the applicant/accused, and his period of custody, the application of accused Kashish Kumar is hereby allowed. The applicant is admitted on bail on furnishing personal bond in the sum of Rs 20,000 with one surety of like amount," the court said.

The FIR has been registered on the basis of a complaint forwarded by H L Prasad, Under Secretary of the Staff Selection Commission, Ministry of Personnel, Public Grievances and Pensions.

According to the FIR, Prasad forwarded a complaint on December 7, 2020, filed by Ajit Singh, a social worker, regarding an alleged fraud in the examination for recruitment of constables in Delhi Police being conducted by the Staff Selection Commission.

Singh alleged that two examination centres in Muzaffarpur, Bihar were involved in swapping of candidates with the persons resembling them to write/solve examination papers on behalf of the actual candidates.

The complainant also provided the names of two candidates, including Kashish, and said they had allegedly committed the fraud.

During investigation, Vineet and his son were arrested and were booked under sections 419 (cheating by personation), 420 (cheating and dishonestly inducing delivery of property), 471 (using as genuine forged document), 120-B (criminal conspiracy) of the Indian Penal Code.

Advocate Anupam S Sharma, appearing for Kashish, said he was a student from the University of Delhi and had an impeccable educational record.

Sharma claimed further detention of Kashish would expose him to hardened criminals in the prison and would result in spoiling of his entire career.

The counsel said Kashish's father was involved in secret surveillance of crime and gathering of intelligence and hence, he has incurred animosity of many bad elements.

Sharma claimed that the address and phone number of the complainant were found to be incorrect and the FIR was allegedly based on a complaint by some disgruntled anti-social element who does not want to reveal his identity, in order to falsely implicate the accused and his family after fabricating evidence against them.

The advocate further argued that Vineet was not named in the FIR as accused and he along with his son were also allegedly falsely implicated in the case.

Additional Public Prosecutor Pradeep Kumar, appearing for the police, opposed the bail plea, saying the case was highly sensitive in nature, as it pertained to competitive examination held for the post of constables in Delhi Police and swapping of candidates with imposters, who wrote/solved examination papers on their behalf.

The public prosecutor alleged that Kashish had played an important role in the case and Vikas Kumar Banga, who was allegedly the bridge between him and the imposter candidate, was still at large.

He submitted that the identity of the alleged imposter candidate was yet to be established, who was made to sit in the examination centre to do the question paper on behalf of Kashish.

He claimed there was every possibility that if the accused was enlarged on bail, he may tamper with the evidence, hamper the investigation, alert the absconding accused persons and his associates and influence the witnesses of the case. — PTI