On the brighter side, 1,027 patients in Gautam Buddh Nagar and 715 in Ghaziabad were discharged after treatment 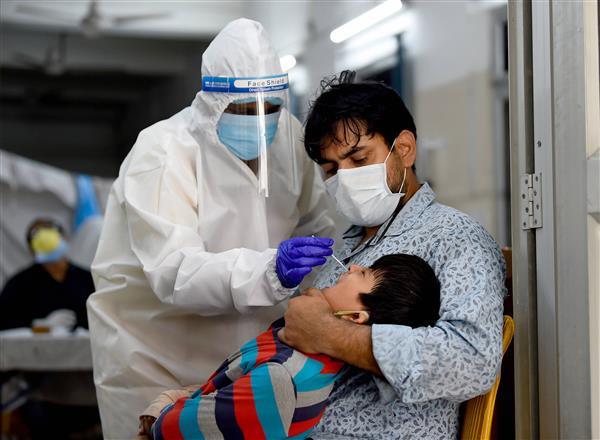 The COVID-19 death toll in Ghaziabad rose to 303 on Thursday with 15 more fatalities, while 13 more people died of the disease in Gautam Buddh Nagar, pushing its toll to 284, official data showed.

The two districts adjoining Delhi in western Uttar Pradesh now have a cumulative death toll of 587, according to data released by the state's Health Department for a 24-hour period.

Of the new cases, Gautam Buddh Nagar recorded 1,227 fresh infections during the period, pushing its tally to 50,480. Its active caseload reached 8,525, the data showed.

On the brighter side, 1,027 patients in Gautam Buddh Nagar and 715 in Ghaziabad were discharged after treatment during the period, pushing the overall recoveries in the districts to 41,671 and 38,808, respectively.

The mortality rate in Gautam Buddh Nagar stands at 0.56 per cent and recovery rate is 82.54 per cent, while in Ghaziabad, it was 0.65 per cent and 84.31 per cent, respectively, according to the statistics.