Parents and teachers can mail in their suggestions: Deputy Chief Minister Manish Sisodia 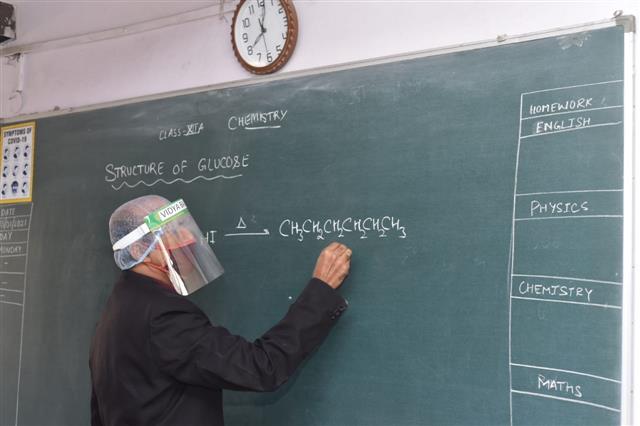 The Delhi government is seeking feedback from students, teachers, and parents about the reopening of schools considering the Covid situation is under control, Deputy Chief Minister Manish Sisodia announced on Tuesday.

During an online briefing, he said that students, parents and teachers can mail their suggestions to delhischools21@gmail.com on how the process of reopening schools be started and a decision will be taken considering the opinions of all stakeholders.

"The Delhi government had closed schools and colleges keeping in mind the safety and security of children. But now, schools have opened or are opening in many nearby states and the situation of Covid in Delhi is under control. Approximately 7,000 Covid tests are being conducted daily in Delhi, with only 40-50 Covid-positive people. "

Sisodia noted that in the ongoing special parents-teacher meeting (PTMs) in Delhi government schools, over five lakh parents visited schools and interacted with teachers about their children's education and well-being.

"During the PTM, curiosity was prominent among parents and teachers regarding the reopening of schools mixed with fear about the safety of the children. Due to the closure of colleges, the college life of our youth has also been reduced to a small room in the house.

"College-going youth dream of studying proudly in a big college however, because of the pandemic, their college campus is also confined to their home. Therefore, the youth are also curious about when and how their colleges will open," he said.

Over 5,000 suggestions were already received by the government within three hours of the announcement.

Delhi had reeled under a brutal second wave of coronavirus which claimed a large number of lives daily with a shortage of beds and oxygen worsening the situation.

Schools in the national capital were ordered shut last year in March ahead of a nationwide lockdown to contain the spread of the coronavirus.

While several states started partial reopening of schools in October last year, the Delhi government allowed physical classes only for 9-12 grades in January this year, which were again suspended following the exponential rise in Covid-19 cases.

The Delhi government, however, allowed auditoriums and assembly halls in schools to be used for training and meeting purposes, but physical teaching and learning remains suspended. — PTI