Bhumika Kohli, a journalism student and resident of Rohini in north-west Delhi, tested positive for the virus on May 30 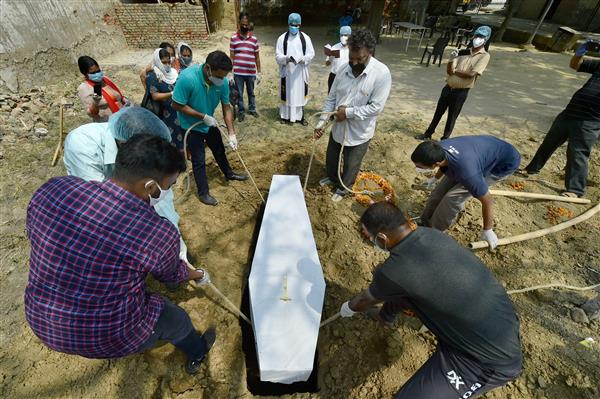 The first female plasma donor in the national capital on Sunday asked more women to donate their ‘antibody-rich’ plasma and contribute towards the fight against COVID-19.

Bhumika Kohli (20), a journalism student and resident of Rohini in north-west Delhi, tested positive for the virus on May 30. Her brother Arpit Kohli was diagnosed on May 25.

The brother-sister duo donated their plasma at the country’s first plasma bank at the Institute of Liver and Biliary Sciences here on Saturday.

Chief Minister Arvind Kejriwal had inaugurated the facility on Thursday to ease access to plasma being used as a trial to treat COVID-19 patients. The bank coordinates with patients who have recovered from the disease, and are eligible to donate plasma.

“We were given a pick-up and drop option. It was completely hassle-free. A few tests were conducted to ascertain if we were fit to donate plasma. The entire process took only 45 minutes,” Arpit said.

The doctors at the facility are very helpful and listen to you patiently, he said.

Bhumika was pleasantly surprised when she got to know that she was the first female plasma donor in the national capital.

“The doctors gave me an appreciation certificate and asked me to record a video message to motivate others,” she said.

“Many women hesitate to participate in such exercises. There is nothing to worry about and there should be no stigma. They should come forward to help the authorities fight the pandemic. They have an important role to play,” she said. Bhumika also convinced one of her friends, Shrishti, a COVID-19 survivor, to donate her plasma.

She said those affected by the disease should stay strong and remain connected with people and family through technology.

“More than the body, diseases affect the mind. The isolation period of 14 days can be emotionally challenging. In such times, one should not give up hope,” she said.

The journalism student also suggested people be aware of the disease and have a plan ready to deal with emergencies.

“We were not well prepared. We did not know what to do during home isolation. So, it was frightening in the beginning,” she said.

AAP MLA Raghav Chadha lauded Bhumika, saying she is a “hero” as her benevolence will help save many lives.

“We want more and more people who have recovered from coronavirus to come forward and donate their plasma. We are personally reaching out to such people, and also through video messages and social media,” Chadha said.

“We arrange a pick-up and drop facilities for donors. It is a hassle-free and painless process. It takes only 40 minutes. We have a great team of doctors who address the concerns of donors regarding the process,” he said, adding Kejriwal is himself looking after every aspect of the plasma donation.

Chadha added that women who have conceived children cannot donate plasma and that is the reason, women donors are lesser in numbers. PTI