COVID-19: Musical evening for doctors and support staff by YMCA 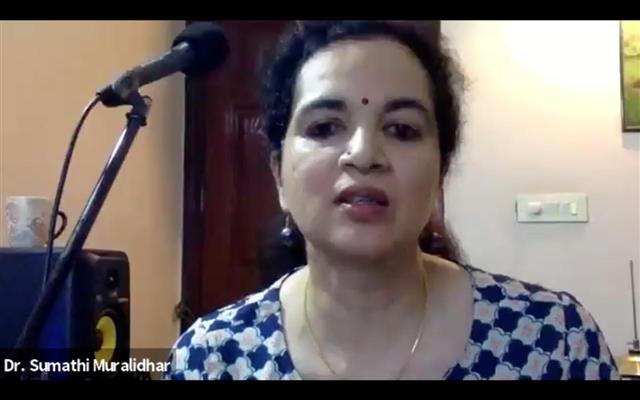 Away from the pressures of attending to the COVID-19 patients in hospitals and care centres, several medical professionals including support staff were treated in a rare manner – a musical tribute in their honour.

The New Delhi YMCA organised an online musical hour to honour the ‘corona warriors’ who have been in the forefront of the fight against the pandemic since early this year.

“It is our modest way of saying thank you to these front line Covid warriors,” Jovial Vaghela, president, New Delhi YMCA, said, adding this was the second in the series after a similar programme for Delhi Police personnel earlier.

Among those who savoured the musical presentation were Heads of Departments, eminent professors, Chief Medical Officer and Director of Lady Harding Medical College and Hospital. The artists in some among the medical fraternity too were inspired to sing for the assembly.

A specially written group song against corona by doctors from Lady Harding Medical College and Kalavti Saran Hospital was a hit.

Chief Medical Officer of LNJP Hospital Ritu Saxena said the doctors, nurses, and other staff were working round the clock attending to COVID-19 patients and this was a much-needed break from routine.

Norris Pritam, vice president, New Delhi YMCA, and chairman of the Organising Committee said, “The third and final event in the series would be a musical evening for the media persons who are no less than corona warriors.”