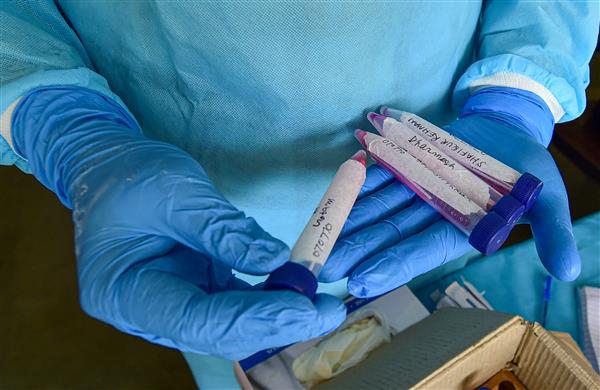 Almost all the districts of Delhi recorded less than one per cent positivity rate between June 25 and July 12, with some districts even recording zero Covid cases on some days, according to official data.

Barring a single day on June 26, on which west district recorded a positivity rate of 2.06 per cent, the positivity rate has remained below the per cent mark, it showed.

The reason for the increase is the addition of 170 positive rapid antigen tests conducted in the prior week, not included earlier, on the Indian Council of Medical Research (ICMR) portal by Central Jail and Tihar Prisons. The lowest positivity rate in the west district was recorded on July 10 at 0.02 per cent, data showed.

The New Delhi district recorded the highest positivity rate at 0.35 per cent when 21 samples came positive out of 5,395 tests conducted on July 12.

This district recorded the lowest positivity rate of 0.06 per cent on two days—July 5 and July 11, according to official data.

East district recorded the lowest positivity rate on July 5 at 0.03 per cent, while the highest was 0.15 per cent on June 25.

The Delhi government had passed a 'Graded Response Action Plan' to deal with a possible third wave of coronavirus.

The Delhi Disaster Management Authority (DDMA) passed the colour-coded response action plan on Friday under which curbs will be implemented in accordance to the severity of the COVID-19 situation here.

The colour codes based on positivity rate (on two consecutive days), cumulative number of new cases (over a week) and average oxygenated-bed occupancy (for a week) will designate four levels of alerts, officials said.

The 'Yellow' (Level-1) alert will be sounded when the positivity rate crosses 0.5 per cent or new cases increase to 1,500 or oxygenated bed occupancy reaches 500.

The next level of alert coded with 'Amber' colour (L-2) will come into force if the positivity rate rises above one per cent or new cases number 3,500 or oxygenated bed occupancy reaching 700.

The 'Orange' or L-3 alert will be the next stage which will kick-in if the positivity rate crosses two per cent or new cases number 9,000 or oxygenated bed occupancy becomes 1,000.

The 'Red' alert (L-4) will be the highest level and will come into force if the positivity rate crosses five per cent or new cases rise to 16,000 or oxygenated bed occupancy reaches 3,000. — PTI