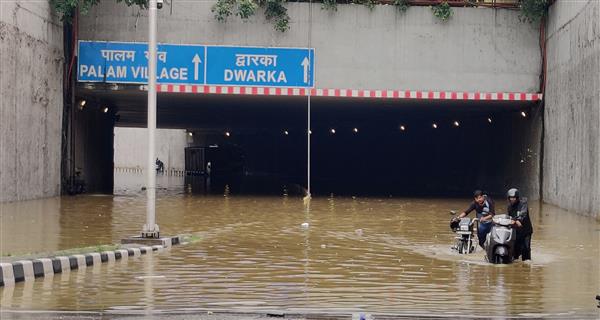 The Delhi Fire Services on Saturday rescued 40 passengers of a private bus which was trapped at a waterlogged underpass here following heavy rains on Saturday morning, officials said.

The passengers included women and children. The bus was going to Mathura and got stuck at the underpass of Palam flyover, officials said.

The DFS received a call seeking assistance at 11.30 am after which two fire tenders were pressed into service, they said.

Atul Garg, Director, Delhi Fire Services said, “A bus with passengers onboard got trapped at an underpass of the Palam flyover due to waterlogging. Two fire tenders were rushed to the spot and all the passengers were rescued safely.”

The Delhi Traffic Police also posted tweets informing people about the stretches where they are expected to witness waterlogging. PTI