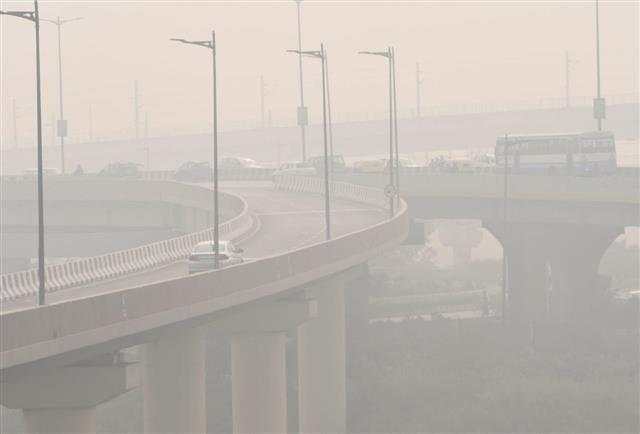 The air quality in the national capital dipped slightly and settled in the ‘very poor’ zone on Saturday.

Delhi’s air quality this November was the worst for the month in seven years, with the city witnessing severe pollution on 11 days and not a single day of ‘moderate’ air, according to Central Pollution Control Board (CPCB) data.

The humidity was recorded at 97 per cent.

The weather department has predicted partly cloudy skies and very light rain or thundershowers on Sunday evening. The maximum and the minimum temperatures will be around 25 and 12 degrees Celsius, respectively. PTI