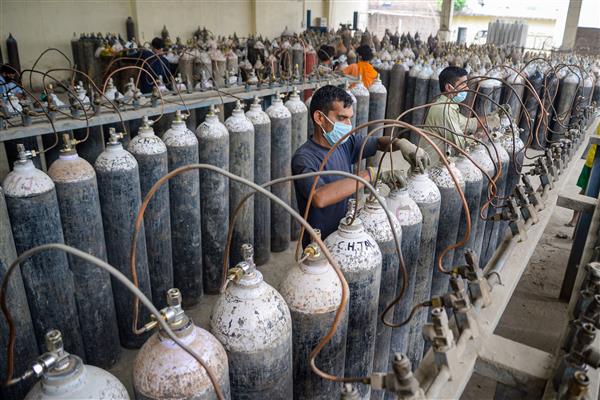 Stepping up preparation for a possible third wave, Delhi Chief Minister Arvind Kejriwal on Tuesday approved a policy for providing incentives to the private sector to set up oxygen production plants and storage facilities to help improve the availability of the life-saving gas in the capital.

Delhi battled an acute shortage of oxygen in April and May, as hospitals in the capital sent out SOS calls to authorities to replenish their dwindling stocks. Several private healthcare facilities even requested the government to move out their patients.

On April 23, around 21 critically-ill COVID-19 patients had died at Jaipur Golden Hospital in northwest Delhi due to oxygen shortage.

Batra Hospital in Tughlakabad Institutional Area lost eight lives due to oxygen shortage on May 1.

To prevent a repeat of the oxygen crisis, the city government is in the process of installing oxygen generation plants and increasing hospital beds to accommodate 37,000 cases a day in case of a third wave.

According to officials, around 10 Pressure Swing Adsorption (PSA) oxygen generation plants with a total capacity of 148.11 metric tonnes are being installed at various government and private hospitals in the city.

The city government is also creating LMO storage facilities and has floated a tender to procure 15 cryogenic tankers having a total carrying capacity of 225 tonnes. — PTI