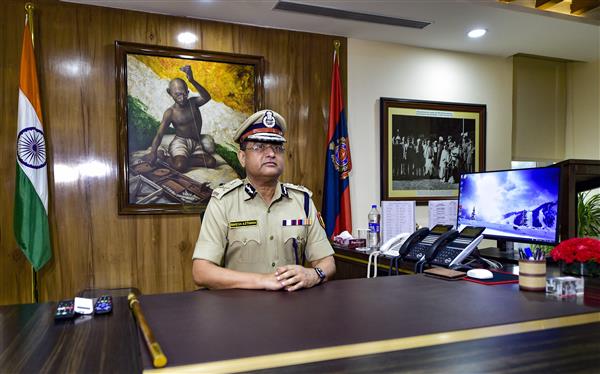 The Delhi Assembly on Thursday passed a resolution urging the Centre to immediately withdraw the appointment of Rakesh Asthana as the Delhi Police commissioner, with the AAP MLAs expressing “reasonable apprehensions” that he will be used to create “a reign of terror” against political rivals in the national capital.

Delhi Chief Minister Arvind Kejriwal termed the appointment as against the Supreme Court order and said the Union government should make appointments in accordance with rules.

Leader of Opposition Ramvir Singh Bidhuri, however, called Asthana an “honest and decorated” IPS officer who was awarded the President’s Police Medal twice.

The ruling Aam Aadmi Party (AAP) alleged that the move aimed to “harass” the party leaders.

“This House expresses its strong disapproval over the Ministry of Home Affairs (MHA), Government of India, order dated July 27, 2021, appointing Rakesh Asthana to the post of Commissioner of Police, Delhi, for a period of one year or till further orders.

“Given the past track record of this officer (Asthana), there is a reasonable apprehension that the central government will use him for foisting false cases on political rivals to create a reign of terror in the national capital,” the resolution stated.

Speaking to reporters, Kejriwal noted, “I feel the appointment of Rakesh Asthana is against the Supreme Court order.

“According to reports, he could not become the CBI director as he was ineligible for the post. He is also not eligible for this post (Delhi Police commissioner) for the same reason. The Centre should make the appointment as per rules,” he said.

The resolution passed by the Delhi Assembly also stated that such a “controversial individual should not be heading the police force in the country’s national capital”.

“The MHA order, is in complete violation of the Supreme Court judgement dated March 13, 2019, in clearly laying down that no individual who has less than six months of service left, can be considered for appointment as head of police force anywhere in the country.

“Further, the post of Commissioner of Police, Delhi, belongs to the AGMUT IPS cadre. This appointment of a controversial Gujarat-cadre officer, who has faced multiple enquiries on serious charges in the past, will only bring Delhi Police into controversies,” read the resolution.

The resolution passed by the House also directed the Delhi government to convey to the MHA that the appointment order of Rakesh Asthana be “immediately withdrawn” and fresh process for the appointment of Commissioner of Police for Delhi be initiated in accordance with proper rules and regulations.

The Union government had on Tuesday appointed Asthana as the Delhi Police commissioner, giving him a one-year extension on the new post days before his retirement.

Asthana, a 1984-batch IPS officer, was serving as the director-general of the Border Security Force and was due to retire on July 31.

AAP MLA Sanjiv Jha also questioned Asthana’s knowledge of Delhi and policing in the city as he was a Gujarat-cadre officer.

Participating in the debate, AAP MLAs Gulab Singh, Akhilesh Pati Tripathi, Somnath Bharti and B S Joon, supported the resolution and alleged that Asthana was brought to Delhi to “muzzle and harass the AAP”.

Tripathi asserted that AAP leaders and workers were not scared by the appointment and added, “We are born out of revolution. We are not like the Congressmen in Gujarat.”    AAP MLA Bharti questioned the purpose behind Asthana’s appointment, alleging that he has been “brought to harass AAP MLAs, councilors and the chief minister”.

“He also investigated the land scam related to the son-in-law of a political party chief. The House should welcome his appointment,” he said.

In his reply over the debate in the House, Delhi Home Minister Satyendar Jain dared Bidhuri for action against the “son-in-law” he was not naming and added that the BJP and Congress are “two sides of the same coin”.

He supported the resolution, saying the central government should not have defied the Supreme Court directions while making the appointment. PTI