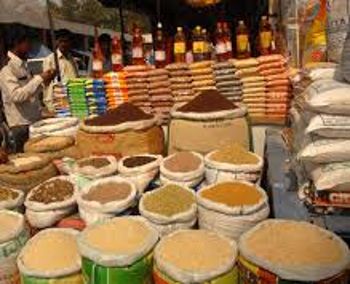 The Delhi BJP has stalled home delivery of rations in the city to harass the poor, the Aam Aadmi Party (AAP) alleged on Wednesday.

BJP-ruled municipal corporations in Delhi have inaugurated the scheme of providing dry rations to school children but distributed the same at only one MCD school, AAP spokesperson Saurabh Bhardwaj claimed at a press conference here.

Responding to the allegation, the Delhi BJP said AAP leaders Saurabh Bhardwaj and Durgesh Pathak seemed to be in a daily competition to level baseless charges on the civic bodies.

At the press meet, Bhardwaj claimed there was no clue whether four lakh students of MCD schools in Delhi will get dry rations or not.

"It's shameful that BJP-ruled MCD has distributed dry rations to only one MCD school, and the tender for this scheme is yet to be floated," he added.

"Delhi BJP chief Adesh Gupta, North MCD mayor and other BJP leaders inaugurated this scheme in a school and that's about it. Don't they have any shame," Bhardwaj asked.

Delhi BJP spokesperson Praveen Shankar Kapoor, however, said ration distribution to children in North Delhi Municipal Corporation schools has been started using unutilised rations from the mid-day meal scheme for which no tender is required.

Tenders will be floated for the scheme after April, he said.

Bhardwaj should stop misleading people and clarify why ration distribution in Delhi government schools was stopped after just one month, Kapoor added. — PTI