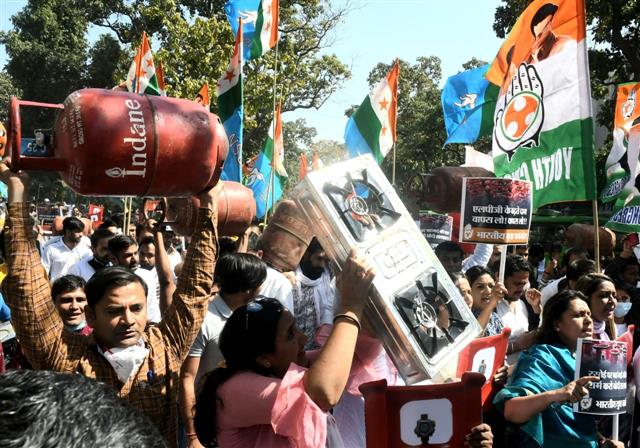 The Indian Youth Congress activists stage a protest outside the Petroleum Ministry against the rising prices of petrol, diesel and LPG gas cylinders in New Delhi on Tuesday. Tribune Photo: Manas Ranjan Bhui

Delhi Congress leaders and workers on Tuesday staged a protest near the BJP headquarters here against the rising petrol, diesel and cooking gas prices.

The protesters, raising slogans against the BJP-led central government, took out a march from the Delhi Congress office but were stopped by police before the BJP headquarters on DDU Marg.

The party leaders demanded that the BJP government should provide immediate relief to people from the rising prices of petrol, diesel and cooking gas.

No one was detained by police during the protest, Delhi Congress leader Parvez said. PTI