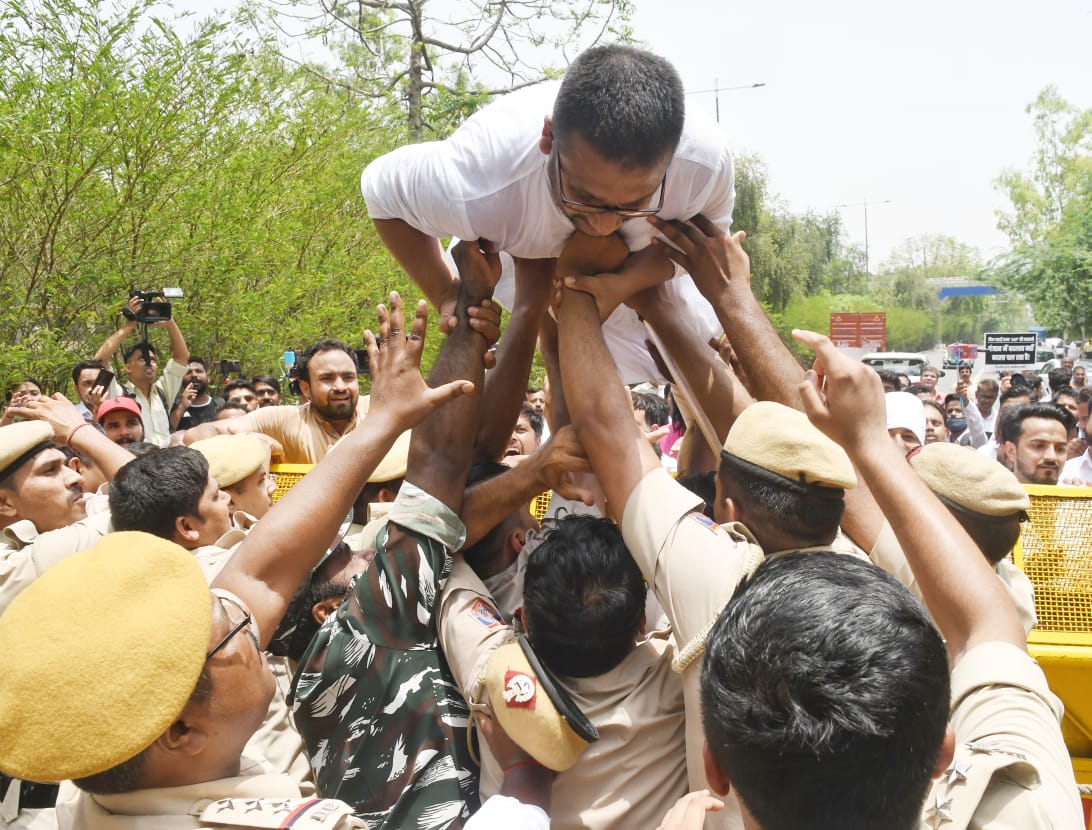 The Delhi Congress staged a protest near Chief Minister Arvind Kejriwal’s residence here on Monday accusing the Aam Aadmi Party of being responsible for Sidhu Moosewala’s killing in Punjab a day before.

The protesters, including Delhi Congress president Anil Kumar, marched from Sushruta Trauma Centre towards Kejriwal’s residence but were stopped by the Delhi Police at a barricade.

“The AAP government is responsible for the daylight murder of Sidhu Moosewala. Arvind Kejriwal should answer why Moosewala’s security cover was withdrawn although his life was under threat and it was known to intelligence agencies in Punjab,” Kumar said.

The Punjabi singer and Congress leader was shot dead by unidentified attackers in Mansa district of Punjab on Sunday, a day after his security was curtailed by AAP government in the state.