Ever since the photos were shared, netizens have been showering praises on the cop for his noble gesture 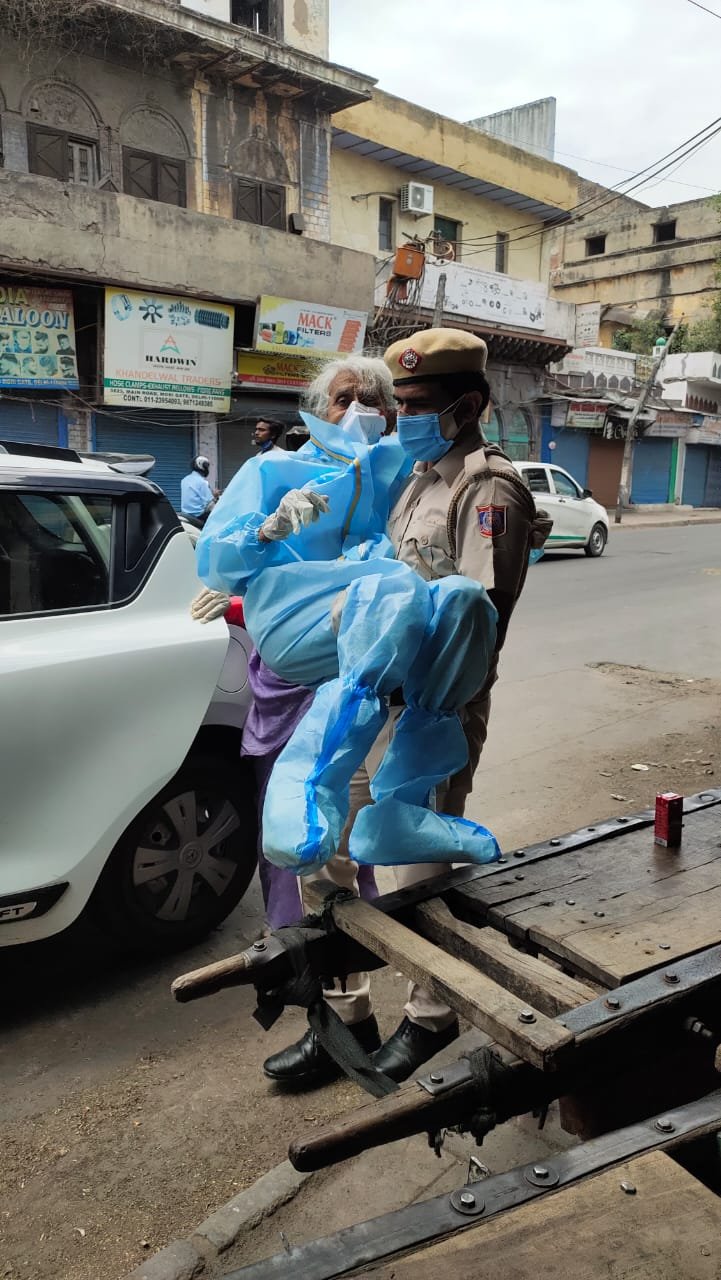 Police Ct. Kuldeep took a senior citizen for #COVID vaccination as she is unable to walk. Photo credit: ANI.

Pictures of a Delhi Police constable carrying an elderly woman in his arms have gone viral. The constable was helping her get the vaccine.

Delhi cops have come forth as good samaritans helping the elderly and other vulnerable sections of people to get the vaccine and other vital resources.

According to news agency ANI, the name of the Delhi constable is Kuldeep Singh and the elderly woman he helped out is Shaila D Souza. In the photos, one can see the constable carrying the PPE kit-clad elderly woman in his arms to a vaccination centre and then carrying her up the stairs of the building.

Ever since the photos were shared, netizens have been showering praises on the cop for his noble gesture.

Shaila, who is 82-year-old, is a retired English teacher. She stays with an attendant at her residence. As per reports, Kuldeep not only assisted her in reaching the vaccination centre but also helped her with the registration process. The official posted at the Kashmere Gate Police Station mentioned that he has been keeping a check on Shaila as she is a senior citizen in the area he is posted.

He also informed that the elderly woman has not been able to walk for the last two years.