Delhi Covid vaccine stock to last for less than a day: Bulletin

As many as 93,55,271 vaccine doses have been administered in the national capital till date 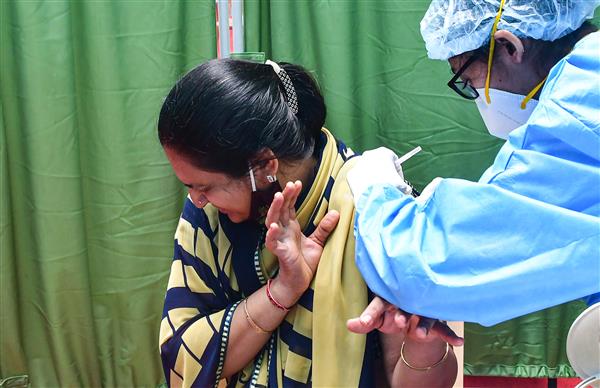 Delhi had less than a day’s stock of coronavirus vaccine doses left on Sunday morning, according to the vaccination bulletin issued by the city government.

The national capital received 60,000 doses of Covishield on Saturday, taking the total number of doses to 72,240, the bulletin said.

The number of Covaxin doses available in the national capital stands at 2,05,630. Only 20 per cent of Covaxin doses are to be used for first dose, since its stocks are limited and have irregular delivery cycles.

As many as 93,55,271 vaccine doses have been administered in the national capital till date, including 22,15,357 second doses, according to data on the CoWIN portal.

Over 45.31 lakh people in the 18-44 age group have been administered Covid vaccine in the national capital till date and over 29.89 lakh have been inoculated in the 45-60 age group. Among those aged above 60, more than 18.34 lakh people have received at least one vaccine dose.

The government vaccination centres are shut on Sunday.

Only 10,767 vaccine doses were administered on Sunday at 75 centres, including one government centre and rest were at private centres, according to the portal.

A total of 71,786 vaccine doses were administered on Saturday, including 23,449 second doses, the bulletin stated. PTI