Chief Minister Arvind Kejriwal had approved the proposal of the DoE to take over the management of Bal Bharati School: Sisodia 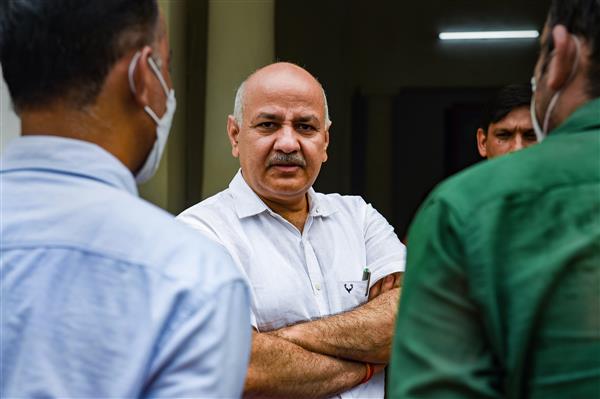 The Delhi government will take over the management of a top private school in Rohini over alleged arbitrary fee hike and has received the required approvals from the lieutenant-governor’s office, Deputy Chief Minister Manish Sisodia said on Thursday.

“Delhi government had issued orders several times to withdraw the arbitrarily increased fees by the school, but the school management has failed every time to comply with these orders. Chief Minister Arvind Kejriwal had approved the proposal of the DoE to take over the management of Bal Bharati School. This file was sent to the LG, which has now been approved,” Sisodia said.

“If any school increases fees arbitrarily then strict action will be taken against them,” he added in an official statement.

In its reaction, the school said it was yet to receive any communication from the DoE and asserted that it has always functioned within the provisions of the Delhi School Education Act and Rules (DSEAR) and followed all court judgements.

“We are getting to know about all this only through media. We are yet to receive any communication from the DoE and will consider the entire issue once we receive any direct communication,” Principal Geeta Ganwani said.

“Bal Bharati Public School has always functioned within the provisions of DSEAR and followed all the judgements given by Hon’bl High Court of Delhi on related issues in the past and will continue to do so in future also. We will like to assure parents of our students that we will always protect the interests of our students,” the principal added.

According to DoE officials, the department had conducted an in-depth inspection of the financial statements of Bal Bharati School for the financial years 2016-2017 to 2017-2018.

“During the detailed inspection of the records, it was found that the total funds with the school for the year 2017-2018 were Rs 23.81 crore. Out of this amount, Rs 20.94 crore was estimated to be spent. Even after spending Rs 20.94 crore the school management had a net surplus of about Rs 2.87 crore.

“After this, the Directorate of Education came to the conclusion that there is no need for the school management to increase the fees. In this regard, the DoE refused to accept the fee hike proposed by the school for the academic session 2017-2018,” a senior DoE official said.

The official further noted that apart from this, the fees increased by the school in 2017-18 had to be adjusted further. But, in the meantime, the Delhi government again received complaints from the parents that the school had increased the fees several times in 2018-19 and 2019-20, and further asked them to deposit arrears.

“Consequently, we issued a notice to the school on May 10, 2019 asking why the recognition of the school should not be cancelled or why the government should not take over the management of the school. The reply received by the school was not satisfactory.

“In view of this situation, the Delhi government has decided to initiate the process of taking over the management of the school, and the file was sent to LG for approval. This file was therefore approved by LG and further proceedings are in progress,” the official added.

The Delhi government had yesterday approved taking over of management of Apeejay School in Shekh Sarai over the same issue. The school management had denied all charges and maintained that the matter is sub-judice. PTI