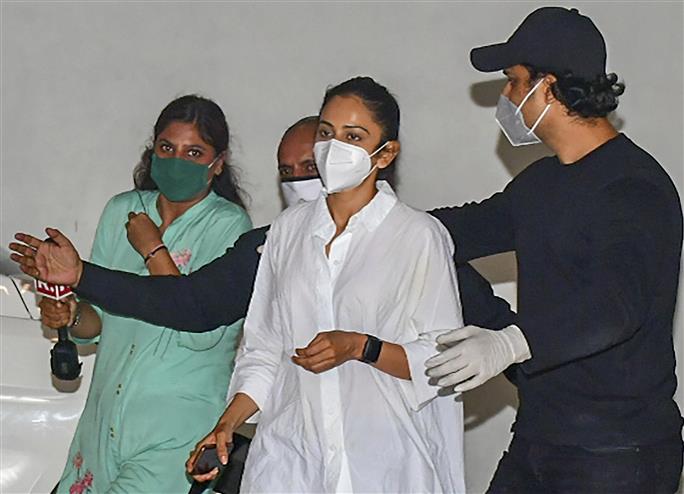 The Delhi High Court asked the Centre, the Press Council of India (PCI) and National Broadcasting Association (NBA) on Tuesday as to what steps they had taken on its order to treat as a representation actor Rakul Preet Singh’s plea to stop media reports from connecting her with the Rhea Chakraborty drug case and take a decision on it.

Justice Navin Chawla directed the Ministry of Information and Broadcasting, the PCI and the NBA to file status reports indicating all steps taken by them pursuant to the court’s September 17 order to treat the contents of the actor’s petition as a representation.

The court issued notice to them and sought their replies on a fresh application moved by the actor seeking interim directions to them to ensure that the media does not broadcast any programme or publish any article connecting her with the case.

The court declined to pass any interim directions but asked the NBA to take up her representation on October 3.

It also told the Ministry that merely because the probe in the drug case was “sensitive” or “at a crucial stage”, the government could not say it would not look into the alleged false reporting by the media.

The court directed the Ministry, the PCI and the NBA to file their replies to the application and the status reports on action taken before the next date of hearing on October 15.

The actor, in her application, has sought an interim order against the media till the time the Narcotics Control Bureau (NCB), Mumbai, completes the investigation in the drug case and files an appropriate report before the competent court.

During the hearing via video conferencing, advocate Aman Hingorani, appearing for the actor, told the court that she was in Hyderabad for a film shoot and on the evening of September 23, she was shocked to see media reports that NCB has summoned her to appear before it in Mumbai the next morning in connection with the drug case.

However, till then she had not received any summons either on her Hyderabad address or Mumbai address and remained in Hyderabad, he said.

Subsequently, the media started running fake news to the effect that she reached Mumbai on September 23 evening for the NCB investigation and was holed up in her house, he argued in court.

Hingorani also told the court that the media allegedly falsely reported that she named others in connection with the case and that she also told the NCB that she stocked and supplied drugs and was also a conduit.

He said the media continued to allegedly maliciously broadcast and published fake news against her in relation to the case.

The high court on September 17 had said the leaks to the media need to be investigated as “someone’s reputation is totally destroyed by this”.

It had also expressed the hope that “media houses would show restraint in their reports and would abide by the cable TV regulations, programme code and various guidelines, statutory and self-regulatory while making any reports with regard to the petitioner”.

The application has been filed in the main petition by the actor to stop media reports from connecting her with the Rhea Chakraborty drug case.

In her petition, she has claimed that Chakraborty had already retracted the statement in which she was allegedly named and yet the media reports were connecting her to the drug case.

The NCB probe has stemmed from the investigation into actor Sushant Singh Rajput’s death case.

She has contended that based on unsubstantiated allegations defamatory programmes were being run in the media against her which was causing irreparable harm and injury to her.

The petition had also alleged that the Ministry, the PCI and the NBA “have failed to discharge their statutory functions of ensuring compliance of their own directives, which has resulted in the flagrant violation of the fundamental rights of the petitioner”. PTI