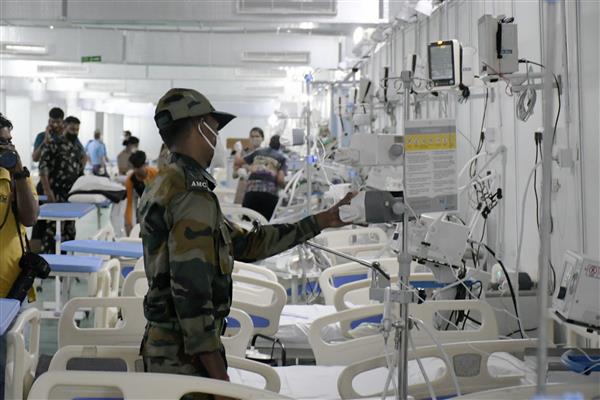 The staff at Nihal Vihar police station received a call around 1.30 pm from the director of Mansa Ram Hospital on Nangloi Nazafgarh road that they have 35 COVID-19 patients on oxygen support and that their stock will not last for more than one hour.

The police said the hospital had contacted all the concerned but could not get any response due to shortage of oxygen.

“The supplier at Bawana facility stated there was scarcity of oxygen cylinders there due to the ongoing pandemic. However, due to emergency at Mansa Ram Hospital, 10 oxygen cylinders were organised immediately and 10 more after half-an-hour,” said Dhama.

In another instance, Bharat Nagar police station SHO Mohar Singh arranged five vials of Remdesivir injection and immediately got it airlifted to Bhopal for a 67-year-old COVID-19 patient there, the police said. PTI