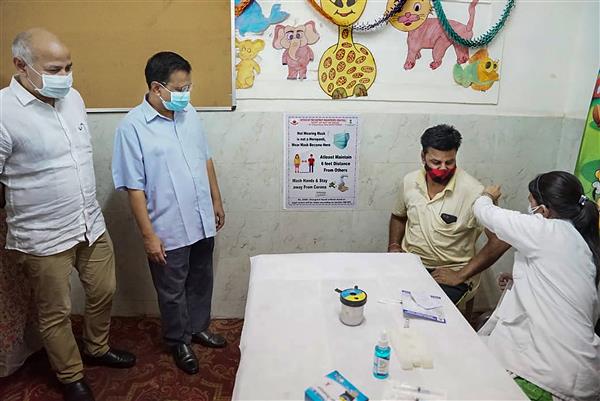 Delhiites in the 18-44 age group waiting to get an anti-Covid jab can now book their slot through ‘CoWIN’ app as the free vaccination for youth will start again after suspension for the last two weeks.

After the two week-long break with no vaccination, Delhi has received 1.25 lakh doses of Covishield and 20,000 doses of Covaxin, said Kalkaji MLA Atishi on Wednesday while presenting the daily vaccine bulletin of the Delhi government.

“Free-of-cost vaccination for youth will kick start again after two weeks. We have also received 30,000 doses of Covaxin for 45 and above age groups which are being distributed to different centres.” “Covaxin’s stock for 18-44 age groups is available for the second dose. For 45+, we have two days of Covaxin and 27 days of Covishield available,” Atishi added.

“From tomorrow onwards, doses of Covaxin will be available for those above the age of 45 years. Whichever government centres where Covaxin was being administered to the 45+, there the second dose will be made available. Right now, we are administering Covaxin only to those who are to be given the second dose, amongst the 45+,” she concluded.