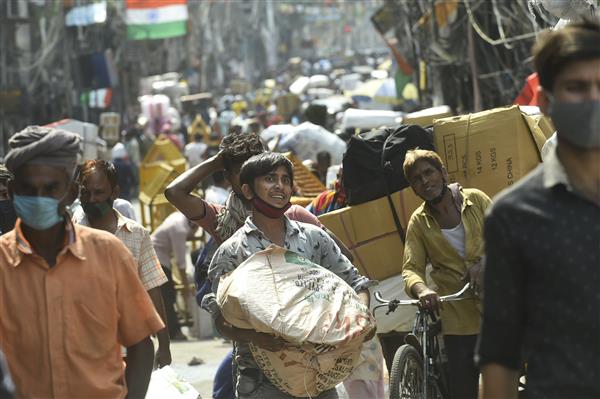 The National Capital reported 124 fresh Covid-19 cases, the lowest since February 16, and seven deaths in a day as the positivity rate dipped to 0.17 per cent, according to data shared by the health department here on Sunday.

This was the second day in a row that the number of deaths has remained below 10. These new fatalities have pushed the death toll in the city to 24,914.

On Saturday, Delhi recorded seven deaths due to the viral infection, the lowest since April 1, and 135 fresh cases with a positivity rate of 0.18 per cent. On April 1, the city had recorded nine deaths and 2,790 cases.

On Friday, the cases further dipped to 165 with a positivity rate of 0.22 per cent, while the death count had stood at 14, indicating a significant fall in the count of daily fatalities due to coronavirus infection.

On June 14, the city had registered 131 cases and 16 deaths, according to official figures.

The infection rate which had reached 36 per cent in the last week of April, has come down to below 0.20 per cent now.

Despite fall in daily cases in the last several days, Chief Minister Arvind Kejriwal had cautioned that the chances of the third wave of the Covid-19 pandemic were quite real, while he asserted that his government was preparing on a "war-footing" to combat it.

Delhi was severely hit by a brutal second wave of the pandemic that swept the country claiming a massive number of lives daily, with the oxygen supply shortage issue at various hospitals adding to the woes.

A total of 72,670 tests, including 52790 RT-PCR ones, were conducted a day ago, according to the health bulletin on Sunday.

The number of cumulative cases on Sunday stood at 14,32,292 while over 14 lakh patients have recovered from the disease. The number of active cases decreased to 2,091 on Sunday from 2,372 on Saturday.

The number of people under home isolation dipped to 600 from 668 on Saturday, while the number of containment zones dropped to 4,752 from 5,261 a day before, the bulletin added. — PTI