The eight new fatalities on Tuesday pushed the death toll in the city to 24,933 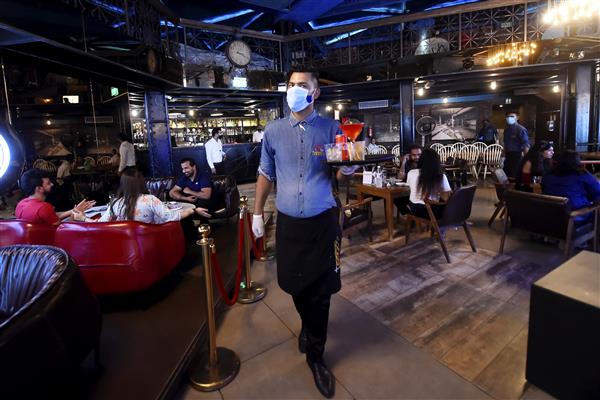 The national capital recorded 134 more Covid-19 cases with a positivity rate of 0.20 per cent, while eight more people succumbed to the infection, according to data shared by the city’s health department here on Tuesday.

The health bulletin said that 263 cases from previous weeks were added on the ICMR portal on Monday by the Vardhman Mahavir Medical College and associated Safdarjung Hospital.

Delhi had reported 89 coronavirus cases on Monday at a positivity rate of 0.16 per cent, both lowest this year, while 11 more people died.

Monday was also the first time since February 16 -- when 94 people were diagnosed with the disease—that the number of new cases had dropped below the 100-mark.

The eight new fatalities on Tuesday pushed the death toll in the city to 24,933. The case fatality rate stands at 1.74 per cent.

Delhi has recorded 14,32,778 coronavirus cases since the pandemic started. Of this, over 14,05,927 patients have recovered so far.

As many as 467 patients have recovered in the last 24 hours.

On Sunday, Delhi reported seven deaths and 124 cases of coronavirus, with a positivity rate of 0.17 per cent.

On Saturday, it recorded seven deaths due to the deadly disease, the lowest since April 1, and 135 fresh cases with a positivity rate of 0.18 per cent.

The city reported 165 cases with a positivity rate of 0.22 per cent on Friday, while the death count stood at 14.

The infection rate had reached 36 per cent in the last week of April.

On April 20, Delhi had reported 28,395 cases, the highest in the city since the beginning of the pandemic. The case positivity rate peaked at 36.2 per cent on April 22.

According to the latest health bulletin, 67,916 tests, including 43,850 RT-PCR tests, were conducted a day ago.

The number of active cases decreased to 1,918 from 1,996 on Monday, according to the bulletin.

The number of people under home isolation slightly declined to 541 from 563 a day ago, while the number of containment zones dropped to 4,502 from 4,597 a day before, the bulletin added.

As many as 76,291 people were vaccinated in the last 24 hours, including 17,786 who were administered the second dose.