The highest single-day spike in Delhi till the third wave of the pandemic -- 8,593 cases—was reported on November 11 in 2020 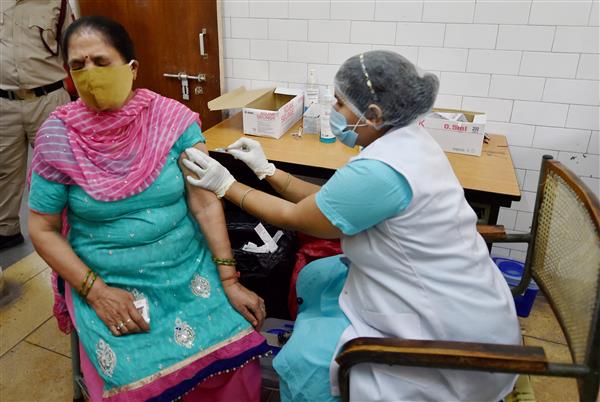 A medic prepares to administer a dose of COVID-19 vaccine, at EDMC Vishwkarma Park Dispensary in New Delhi. PTI

Delhi recorded 17,282 fresh cases of COVID-19 on Wednesday, the highest single-day surge in the national capital since the onset of the pandemic, while over 100 fatalities were reported, according to data shared by the health department.

As per the latest bulletin, 104 new fatalities were recorded, pushing the death toll to 11,540.

These record new positive cases came out of record 1.08 lakh tests conducted the previous day, the bulletin said, adding, the positivity rate mounted to 15.92 per cent.

Reeling under the fourth wave of COVID-19, the national capital on Tuesday had recorded 13,468 cases and 81 deaths due to the infection, giving it the dubious distinction of being the worst-affected city in the county.

The number of cumulative cases as on Wednesday stood at 7,67,438. Over 7.05 lakh patients have recovered from the virus.

The number of active cases stood at 50,736, as per the bulletin. PTI