National capital records maximum temperature for the season this year 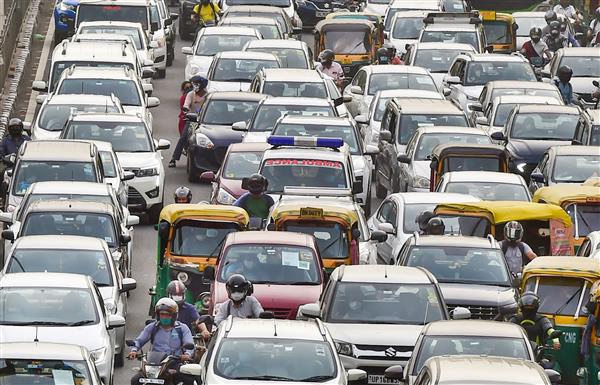 An ambulance moves through a traffic jam on a road after further ease in Covid-19 lockdown restrictions, in New Delhi, on Tuesday, June 8, 2021. PTI

The national capital on Tuesday recorded a maximum temperature of 41.7 degrees Celsius, the maximum for the season this year so far, MeT officials said.

The minimum temperature settled at 28.6 degrees Celsius, a notch above the season’s normal, they said.

The weatherman has forecast mainly clear sky and strong dust-raising winds on Wednesday.