Delhi to Amritsar by road in 4 hours : The Tribune India

Delhi to Amritsar by road in 4 hours

No double toll tax on highways within 60 km: Nitin Gadkari 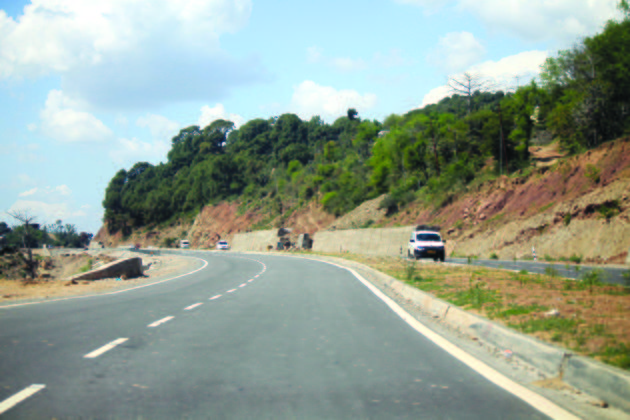 Union Minister of Road Transport and Highways Nitin Gadkari today said in the Lok Sabha that all toll collection points that were within 60 km of each other on national highways would be closed within next three months.

Union Minister Nitin Gadkari said that efforts were afoot to ensure that before the end of the current year, commuters were able to travel from Srinagar to Mumbai in 20 hours

Speaking about the upcoming roads, Gadkari said the Delhi-Amritsar section of the Delhi-Amritsar-Katra expressway would be ready by year-end and the distance could be covered in four hours. “There will be only one toll collection point within 60-km distance,” the minister said during a discussion on the budget allocation for roads and highways. He said the Srinagar-Jammu highway would be linked to the Katra-Amritsar-Delhi expressway. “This highway will facilitate Srinagar-Mumbai journey in 20 hours. Efforts are afoot to ensure the Jammu-Srinagar highway is upgraded by the year-end,” the minister said.

Also, the Delhi-Jaipur, Delhi-Mumbai and the Delhi-Dehradun expressways were expected to be completed by the end of 2022, he said. “While Jaipur and Dehradun will be reachable from Delhi within two hours, the Delhi-Mumbai distance could be covered by car in 12 hours,” he said.

The minister said he had set 2024 deadline for opening of the tunnel beneath Zoji La, a pass at 11,650 feet, on the Srinagar-Leh highway. On roads connecting the religious circuit, he said the route to Mansarovar (in Tibet) via Uttarakhand would be ready on the Indian side by the end of 2023.

On road safety, he said it had been made mandatory for all cars to have six air bags. “About 1.5 lakh people, mostly youth, are dying annually in road accidents,” he said. For road engineering, the minister said, the best global road planners were being roped in.