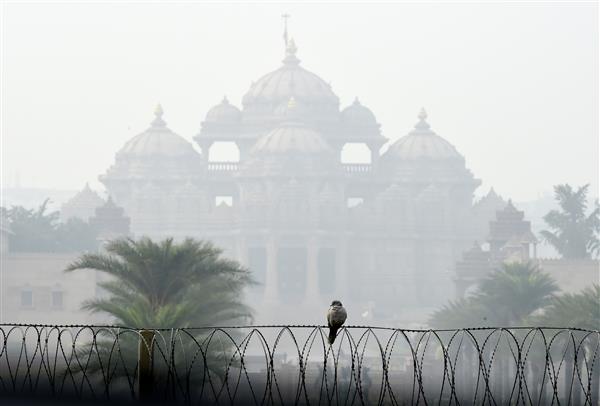 Moderate winds and better ventilation conditions are likely to continue for the next seven days. PTI/File

The forecast said that the sky will remain partly cloudy with possibility of very light rain or drizzle, adding that the maximum and minimum temperatures at the beginning of February is likely to settle at 20 and 10 degrees Celsius, respectively.

Meanwhile for Friday, the weather department has forecast a mainly clear sky.

The rest of the week is likely to be either misty or foggy.

On the air quality front, Delhi's AQI has improved by settling in the 'poor' category at 204, according to the System of Air Quality and Weather Forecasting And Research's (SAFAR.

The level of both PM 2.5 and PM 10 pollutants stood in the 'moderate' and 'poor' categories, respectively.

The air quality and weather bulletin said the AQI over Delhi-NCT is likely to remain in the 'poor' category also on Saturday and Sunday.

Moderate winds and better ventilation conditions are likely to continue for the next seven days. IANS